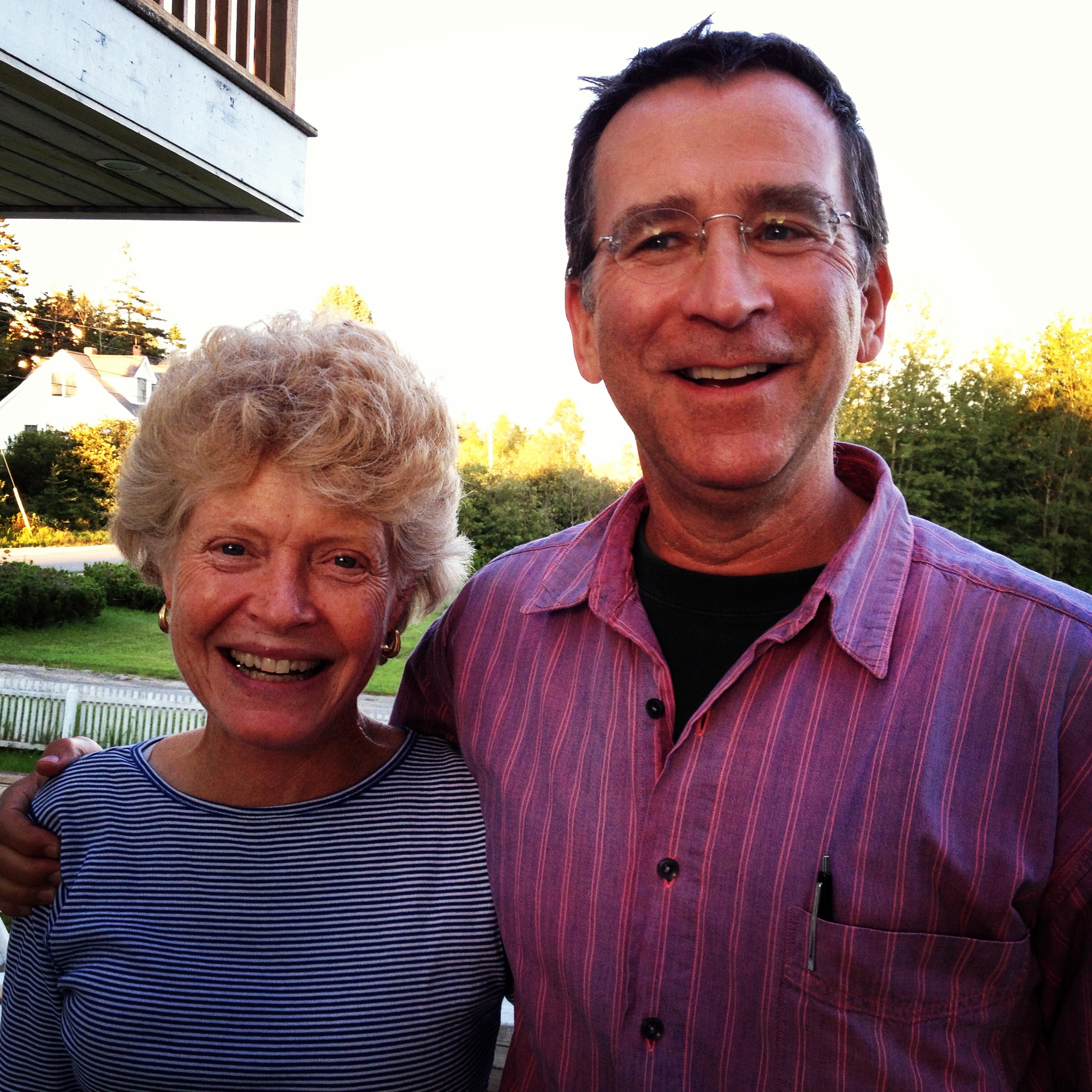 It was one in a million. Debbie and I were furling the sail on my son-in-law’s 22-foot sailboat after a short sunset cruise in Stonington harbor. The fishermen were in for the day. The wind was dying down. The water was calm.

We were exulting in a flawless trip. The outboard worked as designed. The knots held. No halyards snarled. We took the mooring in a single try. As sailors we are not adventurous. We take pride in the small victories over the wind and waves. We do not heel.

I noticed a sharp-looking Avon skiff approach with a pair of well-dressed travelers. Matching aviator sunglasses, clean fleece tops and pressed blue jeans. Not locals, yet most summer folk are gone and there is only the occasional yacht passing through.

I was wearing my full AARP; a Tilley hat, Cocoon sunglasses and Keen boat shoes. I looked like a pervert. Debbie was also dressed for the elements and, therefore, unrecognizable but her female presence legitimized my appearance enough to allow a stranger to approach. The female of the couple called out, “Which is the town dock? Please.”

It was Barbara. Barbie was my college classmate as well as an occasional college roommate of Debbie’s. We had not seen her for years. My instant recognition was based on her voice, her movement and her silhouette. It was not based on a true visual identification.

We reconnoitered on shore and after sharing a brief overview of our recent past we learned that she and her husband, both physicians, had retired and had been living on their 44-foot sailboat for 15 months. Their travels to and from the Caribbean made our sailing excursions seem small but the shared excitement of the moment overwhelmed this self-deflating perception.

Barbie expressed no surprise at my Gap Year announcement. She seemed completely understanding. I, however, was stunned that she had retired. She was the most energetic and committed physician that I can conjure up. She had an academic/research/clinical career as a hematologist and during past meetings was bubbling about her students, her fellows and her patients.

Although her retirement decision was clearly multifactorial I did pick up on comments that resonated with me. “I just got tired of documenting every 15-minute patient interaction for their insurance companies,” she said, off handedly. I could sympathize with that.

She also noted that her career was not going to become more rewarding. I know she had established a great reputation, she had contributed to the literature in her field, she had saved patients and she had done lots of good.

What I heard her telling me was that the rewarding aspects of her distinguished career were being squeezed out by the unrewarding requirements of more documentation, more metrics to observe, less face-to-face time with patients and less appreciation as measured by salary or patient gratitude.

Finally we also shared the philosophical perspective that many physicians, and others, acquire as we observe the deterioration of our patients, friends and family. Disease and disability come to us all. We do not know when it will arrive or what form it will take but it happens with more frequency as we age. If we want to take advantage of our health to do something other than practice medicine we have to make our own calculation and seize the moment.

I suppose it seemed like a “One in a million, Doc” moment [Ed note: obscure Seinfeld reference – Debbie] when Barbie’s boat neared ours, but that is not the point of this blog folly.

What I am trying to say is that medicine has changed so much during my generation that the personal sense of pride, accomplishment, appreciation, service, humanity, communication, human interaction and compassion has been so diminished by the institutionalization and dehumanization of metrics, technology, documentation and production pressures that many great physicians look elsewhere for satisfaction. .

If one of my peers had asked me: “What are the chances Barbie will take early retirement?” I would have replied, “One in a million.”

Addendum: gone is the intoxicating pleasure of being in charge

The next generation of physicians was born computer literate and is unaware of the difficulties of the transition from paper to EMR (Electronic Medical Records). They are also unfamiliar with the practice of medicine with fewer third-party overseers, regulators, and a wall of technology between patient and physician. They are members of teams of providers and are not likely to know the intoxicating pleasure of being completely in charge.

The transition from the minimal documentation of the generation before me to the EMR has been quite a struggle. I remember consulting on a terminally ill patient, with constipation versus partial bowel obstruction, 30 years ago.

Doctors don’t get paid for “The last chapter”

The primary care physician spent a long time with the patient and family counseling them on the decline and the expectations they should have for the last few days of her life. I joined in for a bit of edification. His final note for the day read, “The last chapter.”

Woefully inadequate for this day and age, and documenting nothing except his palliative care orders, this physician could not be reimbursed for anything now. Yet he did his duty then; I saw him do it.

I also remember the handwriting police. I was one of them and also the occasional offender. I never understood how some doctors took pride in their illegible notes that could lead to medical errors.

The EMR will solve the documentation issues of “date and time.” It will replace the frustration of multiple signatures with the frustration of multiple log-ins. It will allow the creation of notes that satisfy the regulators and payers and it will do it with reams of information created by pre-population, cut and paste, and endless templates. It will not make the care of patients better.

View all posts by Sam Harrington →
Summer is over: what comes next?
Why I no longer lust after a job at Google

4 Responses to A fellow retiring physician: what are the odds?