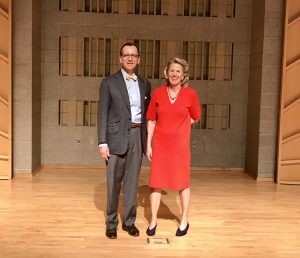 It turns out that I am suffering from my first episode of the Impostor Syndrome. Mighty uncomfortable it is, too.

I suppose that I felt “impostorish” to some degree on my first day of my medical internship, but I don’t have a clear recollection. Certainly, there were many other emotions and concerns to crowd out this particular insecurity, not to mention the practical needs of patient care that filled all the days to follow.

Update: I pressed the SEND button today to submit my manuscript to Hachette.

Now, however, as my book [At Peace: Choosing a Good Death After a Long Life] goes into the hands of my editors and the publication process commences, there is nothing for me to do but wait, and that means dealing with multiple unformed thoughts. This has left me with a strange feeling of disassociation – a feeling that I have never felt before and that I can only attribute to the insecurity of a dramatic new undertaking. Debbie has explained to me that this is common, if not universal, with first-time authors.

As a prospective member of that author demographic, a variety of feelings are rattling around in my head: incompleteness, failure to achieve perfection, and self-doubt are among them. I regularly awaken with concerns about a paragraph or issue that I feel needs to be readdressed. But when I go back to the text and review it, I have usually misremembered the problem and find the text to be adequate, certainly representative of my thoughts.

Psychologists Pauline Clance and Suzanne Imes first described the Impostor Syndrome in 1978. It is often perceived as the taut emotions that high achieving people feel when enjoying some success in a new field of endeavor.

Initially thought to primarily effect woman, I am finding it to be an equal opportunity thought pattern. Because it is not a disease and is partly situational, some psychologists prefer to characterize it as a phenomenon and not a syndrome.

In studying it, I am finding it to be a confusing conflation of multiple interpretations. Some writers and speakers confuse it with a general anxiety disorder or feelings of diminished self worth. Others confuse it with fear of failure or perfectionism. Still others suggest that it is an overblown sense of modesty or humility that grows out of the insecurities one feels if they attribute their success to luck.

Finally, some authors write that it is a presentational strategy – a conscious or unconscious way to downplay expectations and feign modesty or (and here is another internal contradiction) a way to subvert one’s own success.

In my case, however, it is best described as the fear of being discovered to be a fraud; an expert who is not “expert” or a capable writer promoted beyond my capabilities. For me, this is highly situational and, therefore, a phenomenon to be managed.

The causes of chronic impostor phenomenon remain unclear. One theory is that it is the result of generally good parenting that is skewed by social norms, e.g. fathers who support their daughters for good looks and social skills or their sons for athletic or alpha male skills rather than intelligence, academic accomplishment, and emotional IQ. These children build their self-esteem around their parent’s values and don’t attribute their successes to their own intelligence or work. Studies from England and Australia suggest that controlling and overprotective parents contribute to feelings of impostorism.

At the opposite end of the spectrum, some authors attribute the impostor phenomenon to the low self-esteem suffered by children of alcoholic or abusive parents.

I am comfortable saying that my parents were neither abusive, overprotective, nor seriously constrained by social norms. Whatever the source of my current feelings, I cannot blame my parents. Perhaps I should blame my first grade teacher, Miss Trainer, for shaming me in front of the class for drawing a purple turtle instead of a green or brown one.

I am also comfortable saying that mine is an acute, not chronic syndrome.
It is clear that my feelings are largely situational, as I am now embarking on two new roles – author and self-promoter. It is, after all, normal to feel humility and concern with a new role under new circumstances. With time and experience, one can expect some resolution of those feelings. But working through the final edits and waiting for publication is straining me. I am confident that if I could be out there now, defending my ideas and myself, rather than waiting nine months for the scheduled publication next February, I would be much happier. [At Peace to be published by Hachette in Feb. 2018 – ed.]

I am pleased to note that the Impostor Phenomenon has not been a major problem for me in years gone by. I consider it temporary. Whatever the terminology (syndrome or phenomenon, state or trait) I have got it in spades. It’s really playing tricks on my mind and I hope that by embracing it, I will be rid of it soon.

PHOTO: On stage – and feeling triumphant – after performing our 4-minute talks as part of the Heroic Public Speaking program we did together.  Stay tuned: you’ll be able to see the professionally-shot videos of our talks on our respective websites. Sam’s short talk is a marvelous snapshot of his book. Mine is about the crazy secret of reinvention. – Debbie

View all posts by Sam Harrington →
The Only SECRET to Writing Well
Up and Down in Liguria, Fueled by Ibuprofen

2 Responses to A First-Time Author Embraces the Impostor Phenomenon