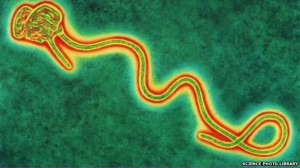 Ignored for too long by the Western world, the Ebola story has now come to the forefront of our consciousness. It will prove to be one of the most compelling – and terrifying – stories of the decade.

The transmission of the virus from patient to nurse has occurred in Intensive Care Units (ICUs) in Spain and in Texas. In a few more weeks the incubation period will have passed and other cases might emerge. This friction point in the ICU between patient and health care provider crystallizes so many of the issues that haunt health care in general and our dysfunctional system in particular.

The complicated scene inside an ICU

I don’t know how many of you have observed an ICU in action. It is one of the most complicated environments on the planet. I have spent long hours there. Many of them were spent observing, with awe, the doctors, nurses and technicians moving around the desperately sick patients. The nurses, in particular, work with an indescribable grace and professionalism as they adjust multiple bags of fluid, IV lines, medication doses, catheters, tubes, ventilators, tracheostomy cuffs, endotracheal tubes and dialysis equipment, etc.

Between many such chores, and certainly between patients, the accoutrements of Universal Precautions (gowns, gloves, masks, goggles, shoe covers, etc.) are removed, hands are washed and new protective barriers applied. I have long felt, from personal experience, that this system could be improved. I have long wondered why it works as well as it does.

Cords, tubes, drapes, curtains and other paraphernalia move in, out and about the room touching, encroaching, waving and floating: forcing workers to duck under, step over, reach down to the floor and up over their heads.

What is contaminated? What is an unrecognized vector?

As a gastroenterologist I dealt with the reality of bleeding, defecating, and vomiting patients on a regular basis. Clostridium difficile was the bacterium, and HIV was the virus, with which I was most commonly concerned. How often I wished that I had an extra set of hands to help me remove my protective equipment safely and slowly. How often I wished there was an anteroom, decontamination room or step-down room to distance the contaminated room and equipment from other workers and patients.

These sound like simple fixes but lack of urgency, cost issues and general inertia have blocked their development.

National Nurses United, the largest nurses union, correctly asserts that hospitals have not properly equipped or trained nurses to deal with this most ferocious virus. Current Universal Precautions, based on the presumption that every patient’s bodily fluids might be contagious, have diminished the transmission of diseases in hospitals. But these precautions have not eradicated them. Western health care workers in Africa, in Europe and now in the U.S. have been infected with Ebola despite heightened applications of these barriers.

Can an Ebola epidemic in the U.S. be avoided?

What more can be done in a timely manner to stop the spread of Ebola in this country? Can an Ebola epidemic in the U.S. be avoided? The answer is a qualified yes.

The question is not “how much can we afford to spend?” The question is how fast can we spend to ensure that every hospital has more trained staff, more sophisticated personal protective barriers and more sophisticated isolation units. Some hospitals need to be designated as Ebola centers. They must be specially constructed and outfitted to receive the sick and end the contagion.

As you can see from my description of the typical ICU, the expectation that our current Universal Precautions are adequate must be challenged. Regulators should focus their energies on issues of consequence – stopping the spread of Ebola, for example – rather than complicating the lives of healthcare practitioners with regulations that concentrate on hospital rankings and patient satisfaction.

Finally, the mission-driven doctors, nurses and technicians who deal with these patients should be honored.

View all posts by Sam Harrington →
Sam vs. Debbie on the Yin vs. Yang of Stonington and Brooklyn
Goodbye Brooklyn… For Now