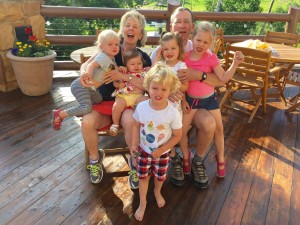 Six months ago I transferred my care to a local family practitioner at Island Family Medicine. He is a delightful and attentive doctor. He works in a friendly, professional clinic a few minutes drive from our home. In May, he recommended that I check my cholesterol, noting that I had not done so for several years and because he was about to refill my cholesterol lowering prescription.

I acquiesced because I did not want to alienate him so early in our relationship with one of my contrarian criticisms of the American health care system.

Yesterday I received a bill from the lab at Blue Hill Memorial Hospital that processed my blood. It was marked Past Due. It was a reminder that I had dragged my feet about paying $320.35 for getting my blood drawn for that cholesterol test.

As a physician who had run his own office in D.C. for many years, I knew that the national Lab Corp would have processed the specimen for $20 to $30. In turn, when I was practicing I would have charged my patient $40 to $50 to cover that cost and to interpret and advise them about the results.

I had contacted the lab director (who is a friend and who is not responsible for setting prices), the lab business manager and the hospital’s CFO to explain this to them.

A one thousand percent markup is not OK

I explained to the two executives that as a former trustee of Sibley Memorial Hospital, a small community hospital in Washington D.C., I understood the principles and problems with the “charge master” concept. I noted that as one of the growing number of people with a high deductible health insurance policy (Anthem BCBS paid $17.65 of the original $338 bill), I could not afford to pay for a service that was marked up 1,100%.

I asked them when a reasonable markup moved into the realm of an unethical markup and, perhaps, beyond that into criminal extortion.

The business manager and the CFO were endlessly patient.

They explained that they were a tiny community hospital that had to raise money wherever possible to cover their expenses. I noted that they were part of Eastern Maine Medical Center, one of the two large systems in this small state, and that it was my expectation that the system would subsidize its smaller providers.

They promised that they would review the process. They understood that the price was high but their hands were tied. They noted that they discounted the prices to the impoverished on our island. They had to recover that cost somewhere. The CFO offered me a 10% discount.

I noted that I could pay $320.35 for a $30 service, but only once. Most of my neighbors cannot. And, what if I had a condition that required multiple and serial tests? Who can afford a one thousand percent markup on a regular basis?

Remembering a former patient who refused to switch to Medicare

I remember a lovely patient from many years ago. She and her husband were honest, loyal, smart, conservative, and principled. He was a government employee. She was a public school teacher. They were both healthy. They worked past the routine retirement age. When they turned 65 they refused to switch to Medicare and insisted on paying extra for private insurance and associated expenses.

Fifteen years before I left my medical practice I had removed a tiny cancer from her rectum. We monitored the site according to all the appropriate guidelines. Six months before I left my practice a similar cancer appeared in her liver without recurring in the rectum. Her medical bills were poised to skyrocket. I asked myself, how long would she hold Medicare at bay?

My $320.35 bill is small potatoes in the greater scheme of things but a one thousand percent markup is not.

I live in a little bit of heaven here on the Coast of Maine. Who would have thought that health care cost inequities would track me down?

And now to enjoy the day (my birthday)…

Now I am off to play golf. Then I will prepare my famous lamb burgers with anchovies and rosemary. My granddaughters will not be able to refuse them.

Paying Till It Hurts (New York Times blog on Facebook)

Bitter Pill: Why Medical Bills Are Killing Us by Steven Brill (April 4, 2013 in TIME magazine)

Physicians for a National Health Program

View all posts by Sam Harrington →
Finally, At Home in Stonington
Writing “Poems on Demand” at Haystack

6 Responses to Enjoy… or Improve the World? Sam Solves the E. B. White Conundrum