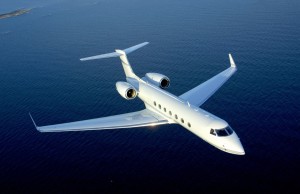 As you can imagine, I have been quite interested in reports on the subject of very large Medicare payments to a tiny number of physicians. According to the New York Times, just two percent of physicians received one quarter of Medicare payments in 2012. The recently released Medicare data is long overdue information useful to those consumers with the skill sets to intelligently mine the data. This will be my first of several comments on the subject.

I look at this data not only as a potential consumer but also as a newly-minted social commentator. The lessons I learn and hope to communicate to others are quite different than the typical bromides appearing on the front pages of the national press. Most of these can be summarized as “Warning! This data is confusing! Let the experts analyze! Do not try this at home!”

You CAN do this at home

In general, I believe physicians who are not gaming the system are underpaid for their extraordinary skills. But physician compensation is not the subject of this post nor is it the lesson to be learned from the Medicare data. What anyone can deduce from the Medicare data (yes, you can do this at home) is how efficiently a physician, group of physicians or an organization can manipulate a giant computerized reimbursement system.

What any responsible patient can glean from comparisons of similar physicians is that there are distinct variations in practice patterns. Medicare patients with an actual diagnosis and treatment plan to use for comparison are in a position to draw the most valid conclusions.

Yes, some interpretation of the data does requires sophisticated education and understanding of medical techniques. But many comparisons (think of homebuyers working with “comparables” in the real estate market) yield self-evident results. Any eccentricity or deviation from other practitioners is a legitimate discussion point. It merits explanation by a prospective clinician to a patient. If the doctor cannot explain it, he or she should not be doing it.

The ophthalmologist who received over $20 million

Starting with the most outrageous type of top “earner,” consider Salomon Melgen, M.D., who received over 20 million dollars in Medicare reimbursements in 2012. He is the ophthalmologist with the private jet and the Democratic Senator in his pocket, according to The New York Times. He claims to be skilled at injecting eyes with a drug that slows the vascular deterioration caused by diabetes. There are a couple of warning signs here beyond the fact that most physicians do not have a private plane nor a private Senator to call on. (If you find yourself in the office of such a physician my advice is to leave immediately.)

A recipe for fraud

The most important consideration is that a high-volume practice of patients all receiving the same treatment (either the most highly remunerative procedure or the most expensive and highly reimbursable medication, or both) is a recipe for abuse. Utilizing that recipe is likely to be a prescription for fraud. Such a physician is not treating the individual needs of a patient or reflecting on the most recent advances in medicine.

The cost of his jet fuel

In this case, the ophthalmologist is a “physician” without a social conscience, who has a needle, an assembly line, a computerized system for meeting regulatory requirements (making every round patient fit into a regulatory square hole) and a bank account. You can bet he spends more time studying his investments and jet fuel consumption than he spends thinking about problems in ophthalmology or counseling patients.

Sticking a needle in your eye

Focus for a moment on his most reimbursable procedure, the intraocular injection of Ranibizumab. He performed this procedure 37,075 times in 2012. (Note: these numbers are publicly available.) This is quite a feat. Independent of counseling a patient and performing an initial or follow-up exam, let’s assume a 12-hour workday, two weeks of vacation and the devotion of half his clinical time to the remainder of his practice.

Then, consider that he is preparing the patient, preparing the medication, preparing the anesthesia and performing the injection (sticking a long needle into your eye) in two minutes and 25 seconds per patient. Most ophthalmologists allow at least 15 minutes for the procedure alone.

Even Santa can’t work at this rate

This ophthalmologist makes Santa Claus look like a piker. Even with his helpers Santa cannot make and wrap presents at this rate.

Decades ago, my father was referred to a hand surgeon. Sitting in the physician’s sumptuous waiting room and reading the physician’s biographical material a vague memory reconstituted itself in my father’s mind. He suddenly remembered having read that this man had shot a horse, once the subject of a joint property complaint in a contentious divorce proceeding. My father left the office forthwith.

One does not have to be a medical expert to recognize behavior outside of the bell-shaped curve.

The data I reviewed came from the Wall Street Journal Medicare Billing site, which is open to the public. The search function is reasonably efficient and displays the data in descending order of payment value. Here again is the link to  Salomon Melgen, M.D., detailing how much he was reimbursed for a variety of procedures. He was reimbursed $11.7 million for Ranibizumab injections.

View all posts by Sam Harrington →
Spring Is Stirring Thoughts of Being “Home” in Stonington
A Daily Ritual: Walking to the Post Office

One Response to The Idiot’s Guide to Medicare Reimbursement