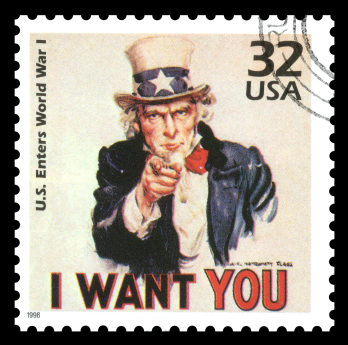 Ok, no touchy-feely comments about my state of mind as I enter the third week of my Gap Year, keeping in mind that in 40 years of medical education, training, and practice three straight weeks is the most vacation time I have ever had and this on less than five occasions.

Let’s get to some of the peeves that caused me to seek this time off.

Robert H. Frank, an economics professor at Cornell, wrote a column in the New York Times recently, What Sweden Can Tell Us About Obamacare, that encapsulates the benefits of government-controlled health care and derides the critics of Obamacare.

The U.S. is ranked 37th by the WHO as a health care system, using a formula that balances outcomes and expense. And this is among developed countries. We spend vastly more per patient per year than other nations, yet our outcomes are demonstrably poorer in many areas and no better in most. These are inarguable facts, beyond dispute.

Two things piss me off

Two things piss me off. A large percentage of our population has such a philosophical opposition to government intrusion that they deny these facts, just as they deny the existence of global warming; and second, the leaders of all the major health care systems in the U.S. remain largely passive in this debate and by their actions.

1. The myth of government intrusion

First, the myth of government intrusion versus free market management must be exploded.

When Mitt Romney visited Israel during his Presidential bid he commented that health care consumed about 18% of US dollars versus about 8% of the Israeli economy.

He added that the difference indicated there were many economies of scale to be achieved in the US. He left unsaid – though as author of Romneycare he knew full well – the distinction: Israel has a single payer system.

The conservative perspective that government intrusion is bad and that free market forces will control costs is completely without merit.

All of the top health care systems in other developed countries are single payer systems or have a prominent governmental role. And, if the markets would bring down costs and improve health care, why have they not done so?

Because, as David Goldhill explains in his book Catastrophic Care: How American Healthcare Killed My Father and How We Can Fix It, they are not free markets and there is no free competition. They are highly asymmetric markets and the managers abuse the market to pump up their profits.

2. Health care delivery leaders are not working for change

Second, all the leaders of the health care delivery systems (administrators, doctors, nurses) and their professional organizations (the AHA, the AMA, etc.) know that the present cost curves are out of control and unsustainable.

This was one of my great internal conflicts as a practitioner and a trustee at my small hospital.

As a practitioner I wanted to deliver the “best care” and control costs. However, delivering more care than needed is the American way and, specifically, delivering profitable outpatient care at my hospital supported its flagging finances.

More importantly, as a trustee I had to vote on issues with the economic well-being of the hospital in mind, even though some of those decisions ran counter to my desire to rein in health care costs.

Who has the power to lower healthcare costs?

The organizations that are working to lower costs and restructure our system have only the power to educate consumers and politicians and they are largely ignored.

The Institute for Healthcare Improvement and similar academic think tanks make the occasional impact with a study or movie but do not have any effective political support movement that can really make a change. Politicians respond to voters and voters like the care they get.

A related peeve is that currently health care “improvement” is largely an exercise in modifying the behavior of doctors and nurses to meet regulatory standards and “best practices” as defined by Core Measures (standards created by regulatory organizations which many clinicians think have questionable value).

Doctors and nurses are not paid more for achieving higher scores but administrators are because they control the purse strings and the organization that is keeping score.

A possible solution: I welcome your input

Let the CEOs of the health care delivery systems be subject to outside regulatory oversight and let their pay be tied not to the consolidation of their market share but to their cooperation and effectiveness in bringing down U.S. healthcare costs and improving our ranking in the WHO.

Such an uber-organization looks like a single payer system to me but I would welcome the opportunity to look at alternatives.

5 Responses to Enough touchy-feely; let’s get to my peeves about resistance to government intervention