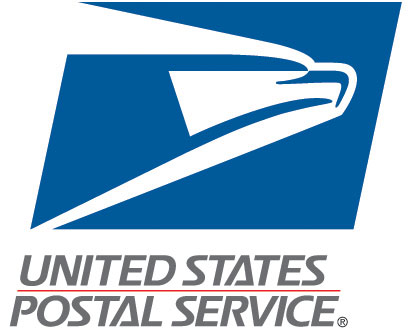 Today and tomorrow are the big pushes to get “stuff” out of the house, where it clutters the floor and the mind, and into our new guesthouse. Hopefully the mind clutter will diminish.

Recently The New York Times reported that medical insurance premiums will fall by 50 percent in the state of New York with the advent of health insurance exchanges as mandated by the Affordable Care Act (aka Obamacare). [Ed note: there are 893 comments on the healthcare article in The New York Times. – Debbie]

A follow-up article in The New York Times attributes the 50 percent drop to the artificially high premiums people have paid since a 1993 law barring New York insurance companies from denying applicants with pre-existing conditions and mandating equal premiums for all people regardless of age or disease.

This meant that the premiums of young healthy people were inflated to pay for the care of the elderly. But, because the New York law did NOT include the universal mandate, many young people opted out of coverage. This shrunk the base of the pyramid further, elevating the premiums of those who do pay. The universal mandate of the Affordable Care Act will reverse this process and drop those premiums.

The frustration of applying for individual health insurance

Because of my self-unemployment I have been applying for individual coverage for Debbie and myself.  It has been a nightmare of missed phone calls, misplaced applications and denial letters from Blue Cross Blue Shield.

Over three decades my office paid tens of thousands of dollars in premiums to BCBS for my family’s coverage. We used it very little. Now that we seek individual coverage, Debbie has been denied a “premium” product because she had the temerity to actually use her coverage electively for a one-off medical procedure and some counseling.

This denial requires me to follow three applications (mine, her appeal application, and an open enrollment application) in three divisions of BCBS which do not communicate with each other and which refuse to speak to me about her applications based on HIPPA confidentiality issues.

The result is endless frustration and the anxiety that she may be without health coverage for a few months, after years of paying into the BCBS system. We are being punished for redeeming a tiny fraction of what we have paid in. They are cherry picking their applicants, even former “loyal” customers.

[Ed note: thank you, Sam, for dealing with this. – Debbie]

Researching the advantages of a single payer system

In the last week I have been looking into the site for Physicians for a National Health Program (PNHP). It has become clear to me that a single payer system is the only system that makes sense and that enterprises like BCBS exist to perpetuate themselves as a business entity and not to insure people as a service.

New and welcome distractions: the grandchildren

Our new guesthouse is now occupied. A new set of distractions has arrived in the form of family and grandchildren. After struggling with the passive aggressive behavior of the U.S. Postal Service and BCBS for three weeks I am giving up and giving in.

Our mail was lost in central processing; I am going sailing

Bills will be unpaid because three weeks of mail have been left in central processing. I might not be able to get Debbie insured for the next month because BCBS has mailed me an appeal notification rather than describe it over the phone. That mail is held hostage with my bills.

So, if you think a Gap Year is without logistical problems, think again.

Of course, if I had the bandwidth to deal with all these logistics before starting a Gap Year, I would be such an organizational whiz that I wouldn’t need a Gap Year.

I am going sailing with my son-in-law.

View all posts by Sam Harrington →
Finding structure without patients and hourly appointments; proton beam therapy and more
Transition: is it the new normal?