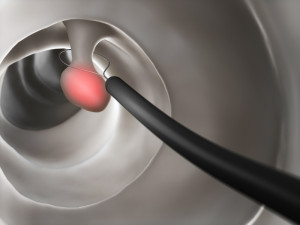 When I finished my medical training I joined a generation of internists and sub-specialists who believed the next great advances would be in prevention of death by early diagnosis and treatment. A large part of our medical practice involved screening for “problems.” After 32 years of practice I came to the conclusion that screening for early detection of disease with the intent of eradicating illness – and death – was a false promise.

Let me be clear: if a person has a symptom then they should consult the appropriate physician for a physical exam, focused testing and treatment. The miracles of modern medicine should be brought to bear.

In contrast, “screening” means doing a test on a healthy, asymptomatic person with the intent of finding signs of incipient disease and with the goal of an early cure. This is the promise (prevention of death via screening) that is unfulfilled.

Colonoscopy is a diagnostic tool with therapeutic potential. It blurs the distinction between pure screening (the first colonoscopy at age 50) and diagnosis of a symptom because most symptoms used to justify most colonoscopies are subjective complaints of no real importance. (“Doc, I think I have a lot of gas.”)

When I started doing colonoscopies in 1980 almost every patient’s colon was virgin territory. We found polyps of all sizes and shapes and we were confident that we were removing incipient cancers before surgery or other treatments were needed.

When I finished my career most of my patients were repeat customers and although I followed the guidelines of the professional societies that guided a gastroenterologist’s work I felt like a stockbroker churning the accounts.

Given advances in technology and techniques I was finding polyps that were tiny, millimeters in diameter. The guidelines continued to attribute them with some importance but I knew in my heart that they were trivial and would have no influence on the life of my patient.

Occasionally there would be a complication from a colonoscopy, usually associated with a polypectomy that resulted in unexpected bleeding or pain. Occasionally a perforation would occur, almost always requiring surgery. When I choose to punish myself, I can recall details of most of my complications.

One of my patient complications illustrates the risk of screening

One specific complication remains vivid in my mind. In the fall of 2010, a 70-year-old woman was referred for a screening colonoscopy. She had been generally healthy and was without colon cancer risk factors but had never “had a colonoscopy” as recommended by our guidelines. After an initial consultation we scheduled and performed the exam.

The exam was normal and the procedure was uneventful until moments before discharge when she felt light-headed. As this is not uncommon after anesthesia we observed her a bit more. Her blood pressure fell a bit and she developed left upper quadrant pain. It turned out that her spleen was torn when the colon was straightened during the scoping and she very nearly hemorrhaged to death. A surgical colleague saved her.

This complication occurs once in 100,000 exams. It is unrelated to colonoscopic technique. It happens to the best operators. It made me redefine “malpractice” as the obverse of Einstein’s definition of insanity. As he put it, insanity means doing the same thing over and over and expecting a different outcome. “Malpractice,” as understood by the plaintiff’s attorneys, is when the doctor repeats the same procedure thousands of times and unexpectedly gets a different outcome.

Currently, 14 million colonoscopies are performed annually for screening or follow-up. That means 140 spleens are torn and some of those people will die of the hemorrhage. Other complications of bleeding and perforation also occur and can lead to death.

The cost of screening – in both dollars and lives

A recent article in the New York Times, Colon Cancer Screening Saves Lives, highlighted the benefits of screening colonoscopy. Dr. Yu of Yale University, senior author of the study described in the article, calculated that between 1975 and 2009, 500,000 cancers were prevented. He did not estimate (as I am about to do) that between 100 to 150 million colonoscopies were performed during that period at a cost of $450 billion, countless complications and at least 15,000 deaths of previously healthy people.

Furthermore, he does not specify that if these 500,000 people were allowed to get symptomatic colon cancer at least 250,000 would have been “cured” by surgery, radiation and chemotherapy. So, from that perspective all the colonoscopies only “saved” 250,000 people from death.

So there is no slam dunk (avoidance of death) with screening

Every one dies of something. So that is progress. But it is not the slam dunk people expect with screening – and the cost is striking. Screening colonoscopy is not fruitless but it is over utilized. Screening more people once is a better strategy than screening the willing few serially.

We spend twice as much on health care per person than any of the top 11 developed countries and we rank eleventh in true health care outcomes.

Where is the outrage?

4 Responses to State-of-the-Art Screening Saves Lives, But At What Cost?