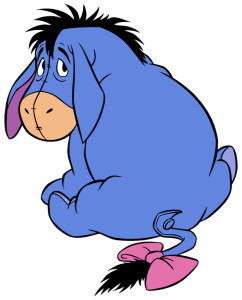 It’s been a while since I’ve blogged in touchy feely mode. Here is a peek into my mental state five months into my Gap Year.

It is time to say goodbye to summer, not because the weather has turned (in fact, we’ve enjoyed a string of brilliantly sunny days) but because it could freeze at any time. We have several extended weekend trips coming up and if a cold snap occurs while we are away, it could wreak havoc.

Today, while thinking about it and to get the concern off my mind, I am draining the outdoor shower. Goodbye sweet shower. See you next year. I know that in my new T-shirt winter wardrobe I could tolerate many more cold evening cleansings. But I cannot risk a frozen pipe.

Yesterday my boat, the Mingalaba (which means Aloha in Burmese; we’ve taken several wonderful trips to Burma), was hauled. That really is the end of the season. I feel landlocked even though we rarely used her during the last six weeks. Taking her out of the water means one less concern during foul weather. The price is no promise of a potential escape.

To be honest, I am in love with the idea of a boat more than purposeless boating itself. I do want to get better at boat handling but I have not been able to make myself practice, moving her from dock to mooring to fueling dock just for the sake of it.

I really prefer being forced into it by some plan to get from point A to point B. I feel guilty that I have not cleaned her enough. I have not practiced my knots. I have not puttered around in the bilge enough. I can only look forward to next season.

Still, I can look forward to going out to the end of the pier to watch the sun set and the weather come in across the harbor and thoroughfare.

Looking forward to our sojourn in France, I feel that I have not had enough time to prepare. Of course, I have had the time, but I have not organized it well.

So here is the summary:

Debbie says I sound a bit like Eeyore, the stuffed donkey in Winnie the Pooh. You will recall that he was pessimistic, gloomy and generally rather anhedonic (Ed. Note: a $2.00 word, a good one, that means not capable of experiencing pleasure – Debbie).

I realize this is a temporary down in the up that is my Gap Year. So I’ll try to chipper up by asking, “What next?” I must be true to our tagline above: Hungering for change and embracing uncertainty.

View all posts by Sam Harrington →
What It’s Like To Be My Husband’s Editor
When Is Old Age the Diagnosis?