If you can’t see the video above, click here.

It’s hard to sum up the impact of attending the World Domination Summit. Days after getting back to the East Coast I still felt bathed in the glow of connection I felt with the other 2,799 attendees. You can see some of them in the photo below. 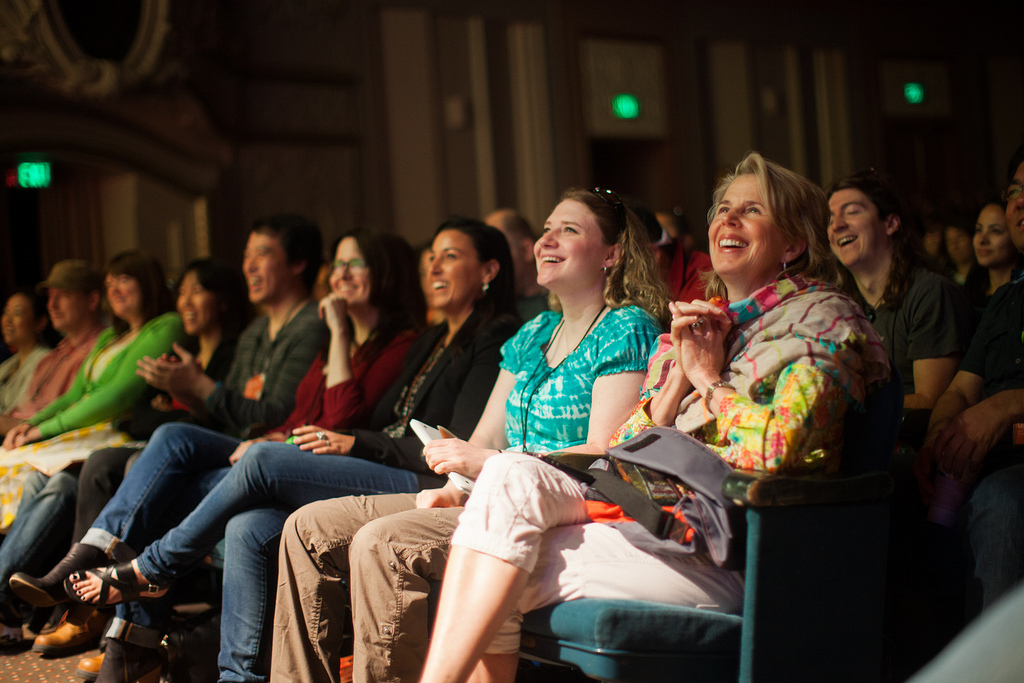 WDS is an annual event in Portland, OR that is described by founder Chris Guillebeau as a curated fest of “community, adventure and service.” If there is a common denominator for attendees, it’s that they are in thrall to the idea – articulated on Chris’s blog – that you can live a remarkable life in a conventional world.

That may sound overly optimistic. But it is a marvelously sustaining thought and Sam and I are buying into it as we embark on our Gap Year After Sixty.

I want to tell you about my experience doing a short talk from the main stage (the “lady in the orange blouse” as everyone seemed to remember it) but first, a key observation.

From the write-ups of the World Domination Summit in 2011 [recap] and 2012 [recap], I expected a sea of 30-somethings. I was struck and pleasantly surprised to see many 40, 50 and even 60-somethings attending this year. WDS is definitely not just an event for Millennials.

I had been worried about the WDS demographic given the topic of my talk on taking a gap year… 40 years after you are supposed to. So I worked hard to prepare, rewriting my talk a dozen times and practicing at least 50 times.

I worked on it with Sam. And also got some very useful feedback from Ishita Gupta. As Ishita, who has worked with Seth Godin, puts it, “Seth says don’t go out on stage and address an audience unless you intend to change them.”

Hungering for change at the World Domination Summit

I only spoke for two minutes and thirty seconds but I think I succeeded. Let me amend that. I’ll snuff out my usual self-doubt and say it more clearly.

Yes, I changed the audience! 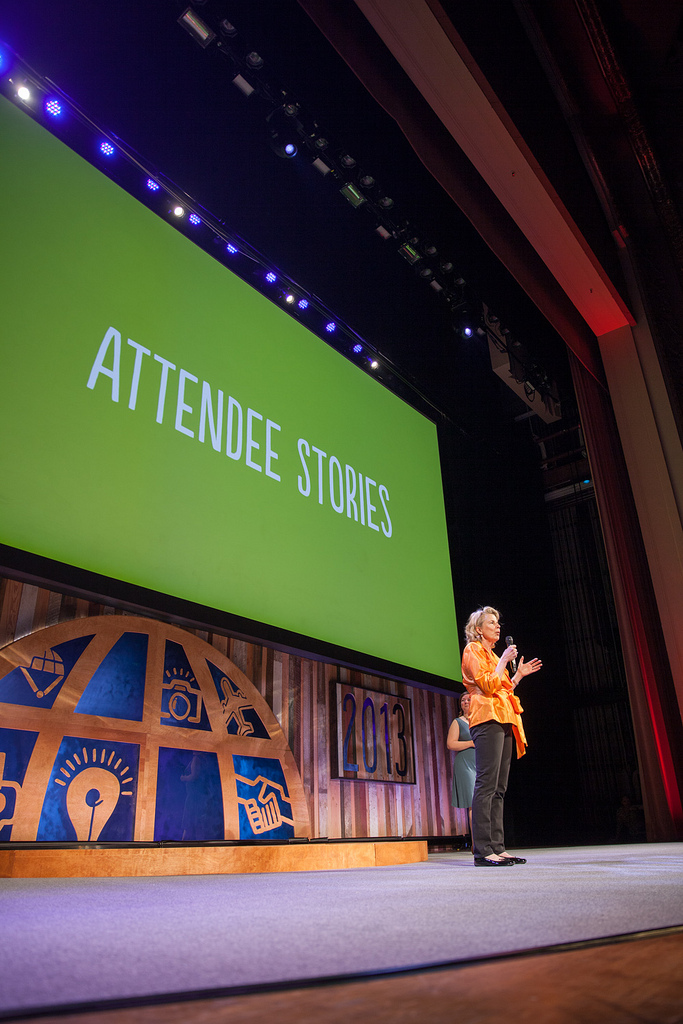 I’ve given many, many talks and keynotes over the past decade, but none that resonated more strongly than this one. I was astonished by the number of people who came up to me afterwards to say, “Were you the lady in orange? I loved your talk and here’s what it meant to me… “

That’s the part that was so gratifying. Not that the audience liked my talk but that they wanted to connect and share their own story about a gap year or time out or proposed radical change in their lives.

Either they are planning a gap year now or they know someone who just left their job to explore other options for work or in several cases (Caroline and Josh of Traveling9to5; Brittany and Drew of MrandMrsAdventure) they are traveling around the world for a year.

I tapped into something that this group, and so many other people, are hungering for: CHANGE. One of the main stage speakers reminded us that, according to a recent Gallup poll, 70 percent of U.S. employees are unhappy or disengaged at work.

The three important questions to ask

As I said in my talk,

– How do you break out of your familiar patterns?

– How do you redefine yourself – and explore a new purpose?

– How do you embrace the uncertainty of life?”

Huge thanks to Genevieve Santos, who was sitting in the front row, for this informal vid of my talk!