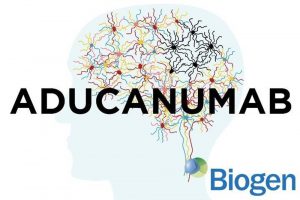 {Update from Sam} Last week, I could hardly contain my frustration with the FDA’s inexplicable approval of a controversial medication for the treatment of Alzheimer’s Disease (AD). Aducanumab, the new drug in question, is a monoclonal antibody engineered to attack the amyloid plaques in the brains of AD patients, the bio-plausible hypothesis being that removal of the plaques will improve memory.

So, what was the most outrageous aspect of this controversial approval process? Was it the fact that the research showed either no benefit or negligible benefit* from the drug; that 40 percent of patients develop brain swelling (and some have serious bleeding), a complication requiring extra monitoring and intervention; that because of this extra monitoring, researchers failed to maintain a double blind randomized control process; that the cost to society will be enormous (easily more than $56 billion per year) that we all will pay for in increased insurance premiums and Medicare costs; that the FDA defied its own panel of outside experts who voted 10-0 to reject it (one expert abstained); or that despite the fact its trivial efficacy was demonstrated only in early AD patients, the FDA approved it for all AD patients?

No, my outrage boiled over when I heard Mary Louise Kelley and Jon Hamilton (otherwise admirable and responsible reporters for NPR) give credibility to the idea that drugs should be approved not because they work but because it is natural to sympathize with patients and their families who are suffering from a disease.

“It’s still unclear whether the drug will help preserve a person’s memory and thinking. But as Jon Hamilton reports, it is already providing a benefit that’s harder to measure – hope.”

Is Hope a Medical Treatment?
But what is hope? Hope is not a medical treatment. It is not even reliably the result of a medical treatment. It is not quantifiable. It is an emotion that falls outside of the purview of a regulatory agency. As Samuel Johnson wrote, hope is “a species of happiness and perhaps the chief happiness that the world affords.”

Given that this is the first new AD drug to be introduced in 18 years, it is not surprising that hopes have been raised. But any benefit we are tempted to attribute to hope is complicated and can be misleading. In fact, when we confuse offering hope with a treatment, we raise expectations that lead patients and their families into decisions that lead to more treatments, excessive treatments, and, ultimately, futile treatments. And, as I’ve said before and will continue to say, futile treatments are physically cruel and morally wrong.

Sherwin Nuland, a renowned Yale surgeon and ethicist, when writing about his brother’s failed colon cancer treatments, said that offering hope “is done with the best of intentions, but the hell whose access road is paved with good intentions becomes, too often, the hell of suffering through which a misled person must pass before he succumbs to inevitable death.”

That point applied here means that for every patient who temporarily gains a point or two of improved cognition, there will be a patient who suffers and dies prematurely (in pain and isolation) because of aggressive treatments of brain bleeds caused by aducanumab or some other complication of AD itself while taking this “promising” new drug.

Offering Hope Should Be a Gift, Not a Transaction
Remember, not all treatments work for every patient, even when they are very effective treatments. Not every patient with pneumonia, appendicitis, colon cancer, or the trauma of an automobile accident survives. For these patients, we supply the proven treatment and offer hope as a supplemental gift. We hope that our usually successful treatment works as intended.

But offering “hope” in the form of an ineffective treatment is not a gift. It is a transaction. No one is giving patients aducanumab, someone is selling it to them. And many are profiting by that. Snake oil salesmen “offer hope,” but do we endorse that?

Similarly, playing the lottery allows us to purchase a tiny glimmer of hope at a small price for most people (full disclosure – I have bought the occasional lottery ticket). But for some people, who don’t understand the miniscule odds of winning, the purchase of several tickets represents a financial burden that they cannot afford. The temporary happiness it offers rapidly gives way to the burden and unfortunate consequence of magical thinking. The lottery is, indeed, a tax on the under-educated.

And so is the treatment of dementia patients with aducanumab.

True Hope is the Gift of Science; Transactional Hope is the Grift of a Swindler
We can give love and emotional support. We can give comfort. In doing so we truly are offering hope. We can sympathize with the suffering of patients with AD and their families, just as we sympathize with patients suffering from any illness. But selling aducanumab to a terminally ill patient is not offering hope, it is taking advantage of them. The resultant false hope is a side-effect or complication of that transaction and that false hope feeds medical futility.

So, when we offer love, comfort, and hope in the setting of a treatment that works well (but not universally) we are supporting our patient. Selling an ineffective treatment in the guise of sympathy accompanied by a false promise is charlatanism.

View all posts by Sam Harrington →
Was Dr. Birx correct about excess COVID deaths?
22 things for 2022

2 Responses to The Controversial Approval of Aducanumab: Beneficial Treatment or Grift?