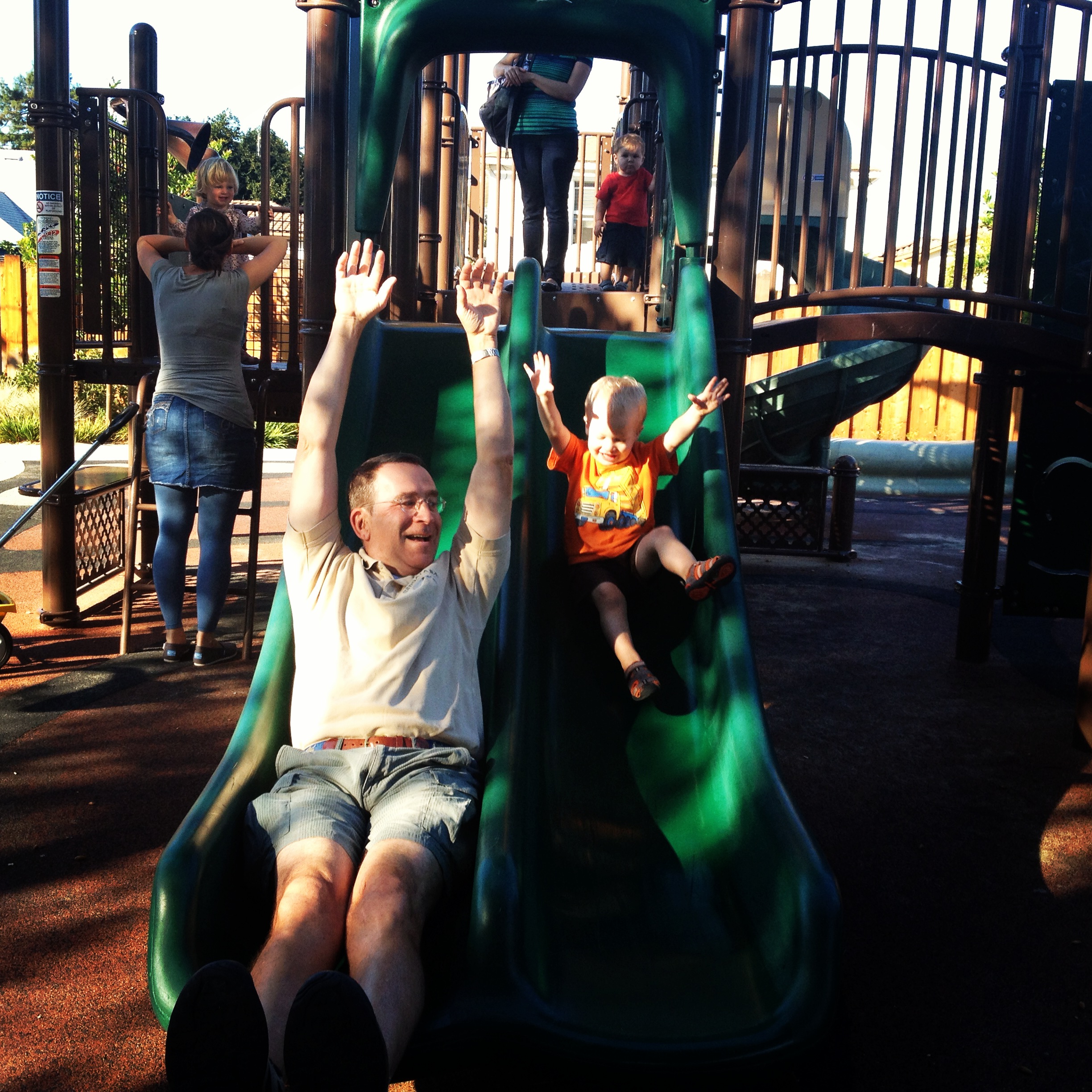 When we left the Coast of Maine a few days ago, the goal was to conflate a few disparate agenda items into a short trip. We needed to transport a few fragile items from our DC home back to Maine. The invitation to chair a board-level meeting at my hospital inspired us to revisit civilization, arrange the items for transport and take a non-stop to California to visit my son, daughter-in-law, and grandson. There are no direct flights to anywhere from Down East, Maine. So if you have to get in your car to take a flight you might as well get other things done, or vice versa.

The meeting I chaired went well and I hope will contribute to a small step forward in patient safety and education.

Subsequently, a lunch meeting I had with the former hospital CEO was very pleasant. It concluded with the observation that after a career dealing with systems he wanted to devote part of his retirement energy to helping one family at a time break out of the cycle of poverty. I represented the obverse. After a career helping one patient at a time, I have developed a desire to change the system.

I am now writing and reflecting from Silicon Valley where my lawyer son is “secunded” to Google. It is great to see him in action and great to see my daughter-in-law thrive. Currently that is taking the distinctive form of an eight-month pregnant belly. It is the greatest to see my grandson; more about that later.

Silicon Valley is not what I expected but I have not yet seen it all. What I have seen is Mountain View. It is not much of a valley, having true mountains on only the west side.

I have been to San Francisco several times over the years, including side trips to Monterey and Napa Valley, and I am surprised at how like Southern California the architecture and the demographics are here.

Demographically, Maine is the poorest, whitest, and oldest state in the Union. Here the streets are alive with East Asians, South Asians, Central Americans and, if my appreciation of foreign languages is accurate, Eastern and Western Europeans. I suspect I will miss that diversity during the long winter months in Maine so my plan is to soak it up now.

From my modest hotel in a neighborhood of bungalows I have yet to see the evidence of conspicuous consumption that I suspect dot com money has inspired (unless you think that walking your dog at night with an illuminated collar is an unnecessary indulgence), but I am sure it is out there. I am advised that the bungalows go for a million dollars, or more.

The boulevards seem to be unnecessarily wide and every business along El Camino Real, whether thriving or shuttered, is surrounded by near-empty parking lots. Gun shops, massage parlors and beauty salons stand cheek-by-jowl with upscale day care centers. The commercial architecture favors one to three-story structures without eye appeal. It is hard to tell apartment complexes from hotels or brake-and-lube shops.

Although the ethnic diversity is appealing, the services it has inspired – particularly the restaurants – lack the sophistication of Brooklyn, another rationalization to soothe me during the long winter months in Stonington.

Hard to describe the excitement of Google

We toured Google this week with my son. The energy and excitement are hard to describe. The pleasant workspaces, reasonable hours and pro family attitudes make it an appealing workplace. Expectations are set high but with the added comforts of on campus carwashes, haircuts, oil changes, dry-cleaning, etc., employees are inspired to produce.

The best part of the trip was to be recognized by my grandson with whom I had not hugged for three months. It is heartwarming when that happens.

At age 22 months, his grasp of the English language resembles my grasp of French, a language with which I am trying to become reacquainted. We both understand more than we can articulate. We both suffer the occasional catastrophic misinterpretation, hearing and believing the opposite of what was intended. Even when we do understand perfectly there is a problem integrating and then synthesizing a response, resulting in a ten-second delay between instruction and action. Our pronunciation is tortured.

We both view the world with chronic perplexity.

He is great fun.

So where do these reflections take me?

If you do not have specific plans to go back to your old life, do not try to do so. Look forward.

GYA60 is neither a sabbatical nor a gap year between levels of higher education. Rather, it is a little of both and then some. A traditional sabbatical is underwritten by your place of employment with the understanding that you will recharge your brain cells and return to work re-inspired, re-energized and with improved efficiency. A traditional gap year is paid for, or at least subsidized by, your parents with the understanding that you will return to school re-energized and more mature and that you will apply yourself to your studies with renewed focus.

A Gap Year After Sixty is subsidized by your children…

GYA60 is paid for by your children (with money they will not inherit). The understanding is that you will recharge your batteries and return to the work force as a new person with different motivations. You have looked at your career to date and said, with satisfaction, “Been there, done that.” And gaining maturity has nothing to do with GYA60. Been there and done that, too. Revitalizing may require throwing off a layer of responsibility and maturity to let the inner you grow.

So do not hedge your bets. Do not waste that time and energy. Change and then make change happen.

With each day forward I am a step further away from my old career. There is no going back.

4 Responses to The view from Mountain View: No going back