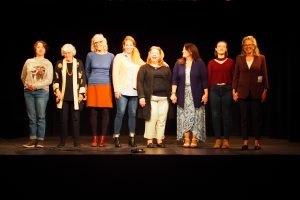 2018 has been a busy year, marked by the publication of Sam’s book and his unofficial speaking tour. For my part, I created, produced and directed a women’s storytelling event at the Stonington Opera House that has turned out to be a big hit. It’s called Island Women Speak and features seven or eight local women representing each decade from the twenties to the nineties (Team 20 to Team 90, as we call it).

Each woman performs a personal story in five minutes from the stage of the Opera House. It’s based on The Moth Storytelling and also on a similar women’s event I performed at in New York called Generation Women. There have been two evenings so far, the first in Jan. 2018 and the second in May 2018. The next one is set for Jan. 31, 2019. 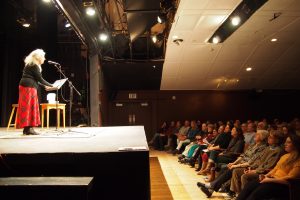 Cherie Mason, 91, tells a story about her mother’s malapropisms to a rapt audience

In addition to being all women, what distinguishes the event and makes it appealing, I think, is the truth-telling. Everyone knows most everyone here in this small community but sometimes you don’t really know what a person is thinking or feeling inside. Some of our speakers’ topics are not oft discussed but they are very much a part of life here. For example, coming out as gay or dealing with depression.

As for why only women, that was my instinct after performing with Generation Women in New York as Team 60. On Deer Isle, as elsewhere, women are still not heard enough and there is magic in different generations of women standing up and speaking out together. Older women have so much to teach younger women – and vice versa.

While there is no overtly political message behind Island Women Speak, it turns out to be an entirely fitting event for this year, given the record-breaking number of women elected to the House in the 2018 Midterms. Onward to 2020! 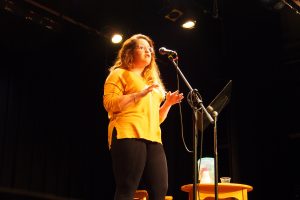 Asia Eaton, 21, talks about leaving home – and then coming back to the Island.

There is warmth, there is wisdom, there is wine at intermission – and the audience loves it. My role is to recruit and coach the speakers, teasing their stories out of them and then helping them shape and prune a five-minute performance.

Looking back, this is the most satisfying thing I have done since moving to Maine five years ago. What a surprise that I could help create something so meaningful for our tiny community. 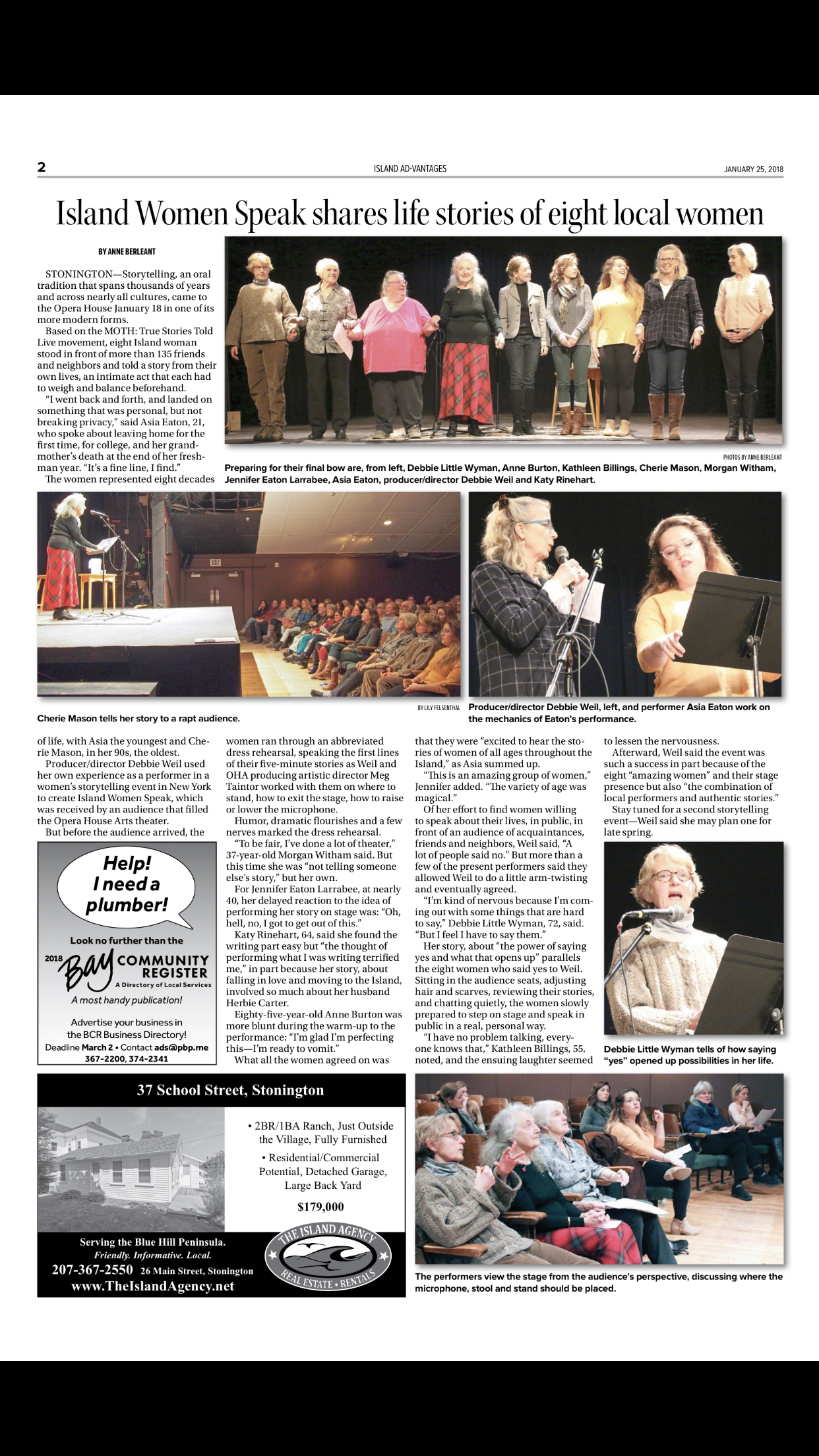