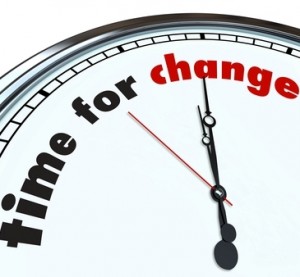 A recent article in the New York Times brought back memories of unethical behavior in my former medical community and made me infuriated about the current practices of “medicine as a business.”

The article, After Surgery, Surprise $117,000 Medical Bill From Doctor He Didn’t Know by Elizabeth Rosenthal, tells the story of Peter Drier, his cervical disc surgery at Lenox Hill Hospital and Dr. Harrison Mu, a neurosurgeon who assisted another physician with the discectomy and laminectomy. It highlights the practice of engaging unnecessarily highly trained assistants during surgery and submitting exorbitant bills on their behalf.

It is technically legal because Mr. Drier signed a consent form allowing it. During the run-up to a surgical procedure there are dozens of forms offered and signed without a real opportunity to read and comprehend. This practice should be condemned by all physicians. Those who engage in it as a “business model” should be marginalized and sanctioned.

It came to light in my own world of Sibley Memorial Hospital when several letters accumulated on the desk of the CEO. They complained of a particular surgeon who, while covering the ER for the busiest group in the hospital, billed at a rate that was five times the usual, customary, and reasonable fee (UCR). A physician’s assistant was routinely present and also billed at an exorbitant rate.

The Vice President of Medical Affairs was tasked by the CEO and by the hospital board (of which I was a member) with correcting this behavior. He found that negotiations with the outlandish surgeon failed to resonate until one of the patients proved to be the daughter of a local orthopedist surgeon. Her cries of “foul” finally reached the ears of a larger audience.

Ultimately, the surgeon was dropped from the ER call schedule (risking a lawsuit from him alleging restraint of trade) and hospital policy was established stating that out-of-network physicians treating ER patients would charge for services and accept payments at UCR levels. It is my understanding that the surgeon continues this behavior in his private surgery clinic where the non-emergency nature of the procedures makes it marginally more acceptable.

My legal understanding is that physicians can charge as much as they want for a service and that over time conventions have set standards for most fees. Insurance companies have recognized those standards as “usual, customary, and reasonable.” Unfortunately for physicians, as we have surrendered power to the insurance companies, they have progressively decreased their payments to a fraction of the former UCR levels. This has spawned push back that occasionally results in the outrageous practices described above.

Legality and business practices aside, the real offense here is the ethical lapse that shatters the bond of honesty and trust which should exist between physician (or other healthcare provider) and patient. Signing consent forms in the ER or while rolling on a gurney to the OR in a hospital or an Ambulatory Surgery Center does not allow a patient to read, reflect, negotiate or reject a business agreement.

The decision to treat has been made and the patient at this point is subject to the decisions of the surgeon, as well as completely under his or her control. Any misuse of that sacred relationship is an ethical violation of the greatest magnitude. The hastily secured consent of the patient to allow independent assistants to bill separately for their services is an end run around the insurance company and it borders on a criminal act. Dr. Mu and his ilk should be stripped of their Board certification, sanctioned by the medical staff of the hospitals where they practice and held up to public scorn by any means possible.

I have no sympathy for profit-making insurance companies. They have a track record of taking advantage of practitioners and most have been sanctioned for fraudulent behavior in their dealings with doctors and hospitals. Their excesses have invited pushback. Nothing, however, justifies a doctor cheating a patient.

I must acknowledge that I was an out-of-network physician. That means that I did not accept the insurance company fees or restrictions. I charged for the UCRs of the mid-1990’s and dropped out of insurance plans as the insurance companies cut reimbursements to 30 percent of those levels. Most of my work was elective and I had plenty of time to discuss this with my patients. However, when I saw a patient under emergency circumstances I routinely informed them that I would not take advantage of them and that I would accept whatever their insurance company would acknowledge as fair even though it was routinely less than my actual fee and frequently I received nothing.

Medical staff leaders, hospital administrators and board members should take notice. These practices reflect poorly on Lenox Hill Hospital – and its medical staff and physician leaders should demand a new policy that deals with the ethical aspect of billing and financial informed consent. This medical staff policy could be part of a citizenship statement requiring renewed acceptance by each physician with each credentialing cycle. Of course, a similar revision of any excessive billing practices by the hospital will have to be undertaken.

I think that the national organizations that bestow board credentials (American Board of Internal Medicine, American Board of Neurological Surgery, etc.) should rescind certification based on ethics violations from those members who practice this type of larceny.

What you can do

Here is what you can do about these egregious practices: patients should rise up, speak out and openly criticize physicians who violate their trust. You can write letters to associated hospitals, newspapers and local politicians. You can post to social media. Twitter is a marvelous platform for getting attention. Laws, like those being considered in New York State, should be passed that criminalize this type of ethical breech.

If doctors, board certifiers, ethicists and patients do not demand change, it will not happen.

View all posts by Sam Harrington →
September Light in Stonington
Magical: On Writing a Poem (or Two or Three) a Day at Haystack

4 Responses to Unethical Doctors and the Business of Medicine