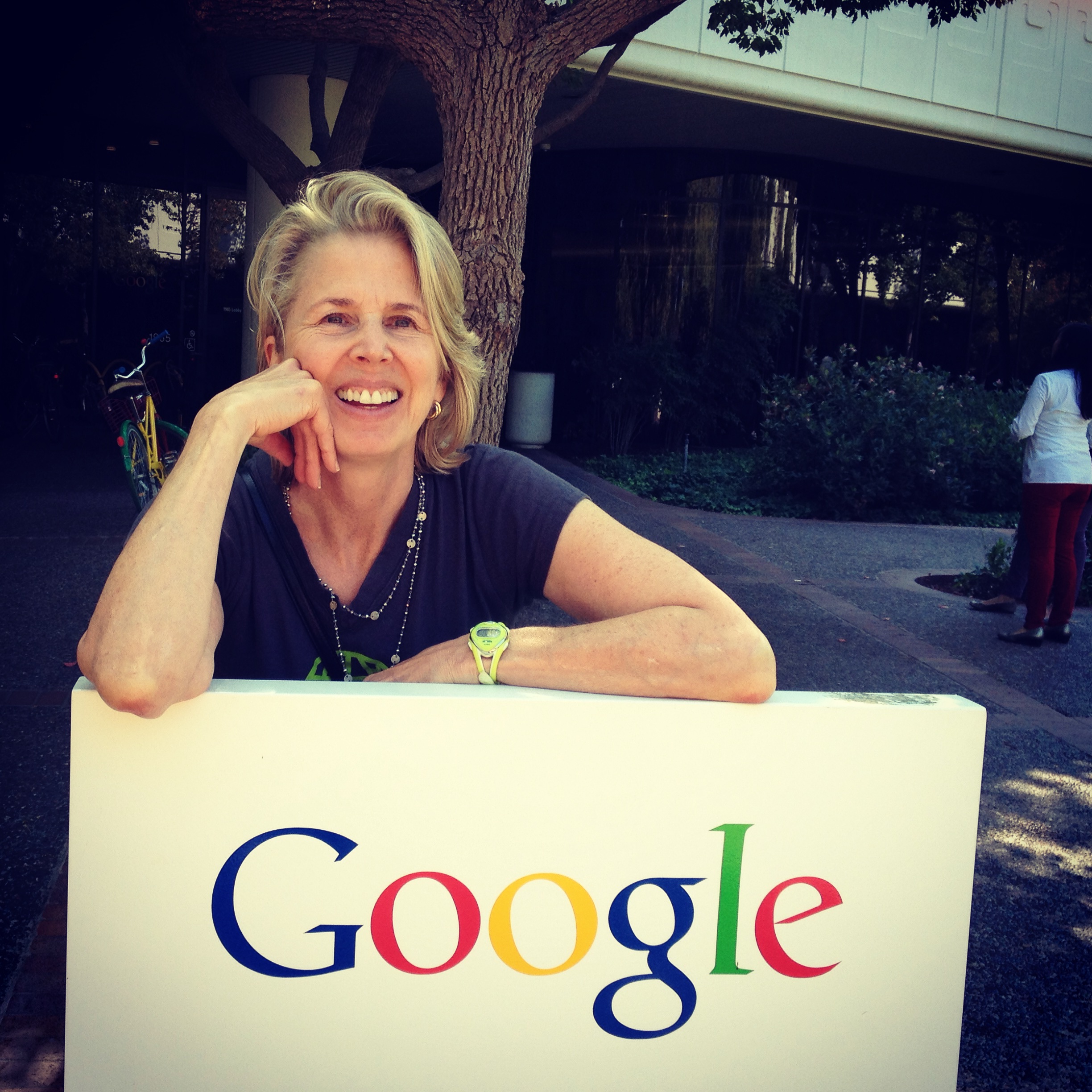 I’m sitting in a bustling Peets cafe in Mountain View, CA, two miles from Google’s offices. Yesterday we had lunch at the main Google campus with our son, who is newly working there as a lawyer. The sky was blue. The temperature, in the low 70s, was perfect. The campus is marked by green lawns and lush planting, colorful Google signage, giant sculptures outside the Android building and, everywhere, Google bicycles with distinctive yellow frames and green wheels.

Inside each building are “mini kitchens” loaded with every kind of healthy (free) snack you can think of, from farm-fresh cherry tomatoes to crisp fall apples to artisan chocolates and lentil crackers. Oh, and of course, several espresso machines. The push-button kind in addition to a real espresso bar, where, our son explained, a barista sometimes shows up in the afternoons to pull shots.

Sounds pretty cool, doesn’t it? At one point, I would have described this as nirvana. How I longed to work in an environment like this.

But let me back up. I’ve been online since 1992 and, since the late 90s, have been enthralled with Silicon Valley and its tech startups. Although it was never realistic, given that I was ensconced in a life in DC to which Sam was tethered, I lusted after a job at Google. Or Facebook, or more recently, Twitter. 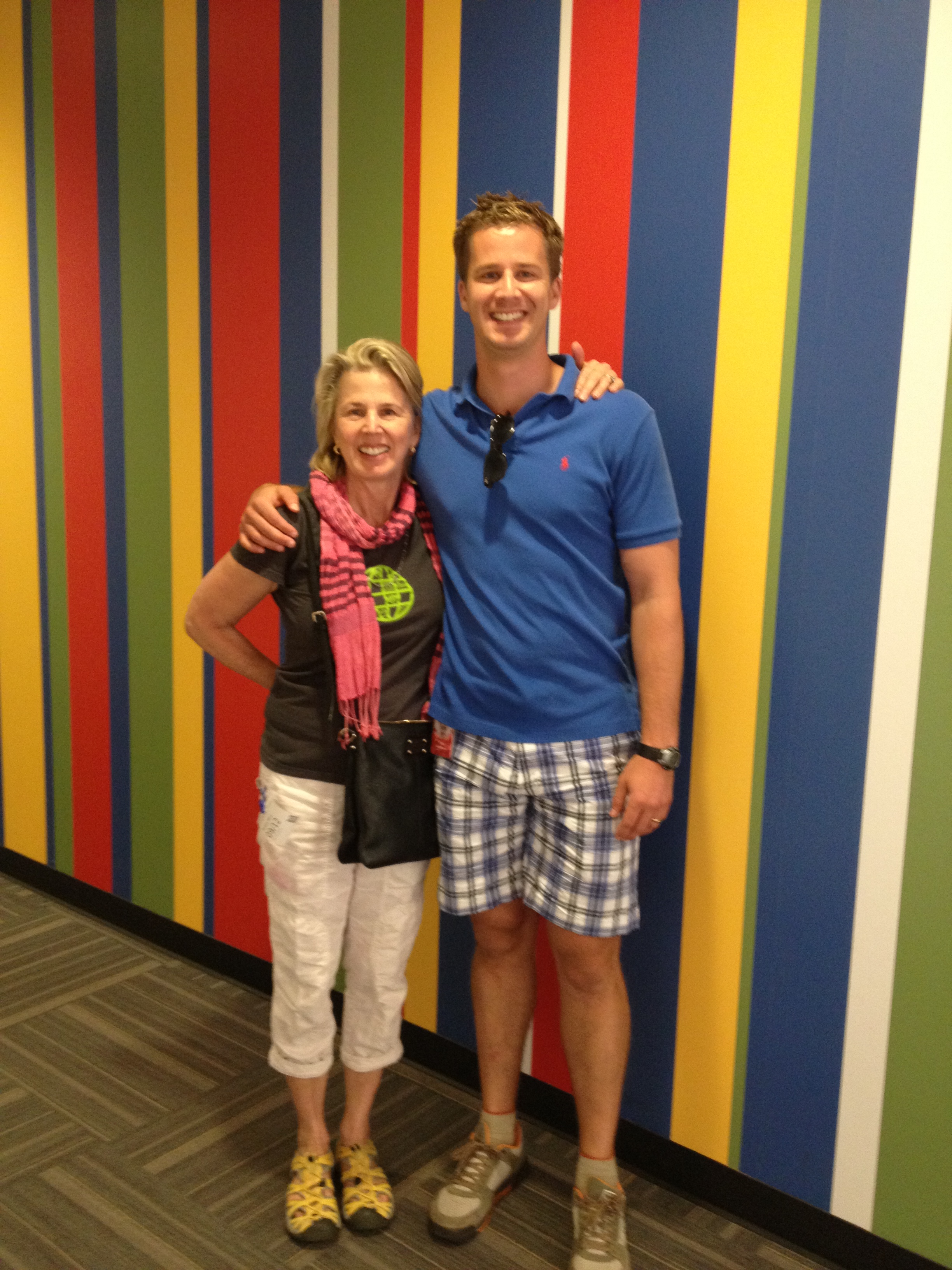 Pushing the envelope, discovering or inventing the next new thing as it relates to the Web – and doing so in an atmosphere of daring and possibility – intoxicated me. I’m not an engineer but I pictured a job in Silicon Valley as a product manager or in marketing or business development. So I expected to feel more dazzled when I stepped foot onto Google’s famed campus.

I was fascinated, even delighted, but I didn’t feel pangs of longing or envy. Something has changed. I’ve moved on. It’s worth a moment of reflection because it also explains why I’m taking a Gap Year with Sam.

Permit me to scroll back to the time I lusted after a job at The New York Times. My first career was as a journalist and print reporter. I grew up outside New York City and regarded the Times as the pinnacle of newspaper journalism. I wanted, specifically, to be a Times foreign correspondent.

After getting a Masters in Journalism from the University of Wisconsin (where Sam earned his medical degree), I worked for The Atlanta Constitution. A reasonable enough stepping stone to the Times, but the logistics didn’t work. I was happily married to Sam and didn’t want to live apart, in a different country. Soon enough, I was the mother of three young children.

That desire and dream passed. The demise of newspaper journalism as a viable career, along with my incompatible life stage, snuffed it out. So be it. Life goes on.

Later, I went to business school to get an MBA. That’s when my Silicon Valley dream began to bloom. I did work briefly for Network Solutions, one of the original “dot com” companies. Headquartered in Herndon, VA, NetSol was about an hour’s commute from our home in DC. So the logistics were fine. The job was not.

I worked in marketing and was confined to a cubicle. My boss was a woman. She stole my ideas and took credit for them. She wouldn’t permit any flexibility in my working hours and had no understanding of my wider life as the mother of three young adults. How I hated her.

As the dot com bubble slowly burst, so did my enchantment with working for a big company. I can remember my visceral desire for a corporate business card that would identify me as a Director or Assistant Vice President (as opposed to the more lowly, Manager). How ridiculous.

My longing to rise through a corporate hierarchy faded. In fact, I began to relish the idea of working outside the system and creating my own business. That’s what I’ve been doing for the past decade as a creative entrepreneur. And it suits me fine. I’m not corporate. I don’t like rules.

Google, for the record, is a very big company. Through our son, I’ve gotten a glimpse of its eccentric corporate culture. There are no “rules” per se. Employees can come and go as they please and you see them everywhere, nonchalantly bicycling to lunch or a meeting. The only rule, it seems, is that good will and good sense should prevail. You can schedule a 30-minute rest in a nap pod anytime you wish. But presumably you won’t nap all day.

As far as the next new thing, there has been an industry shift as well. The changes in what’s new are incremental these days (if you leave out Google glass). Who cares if Facebook changes its algorithms? Or if Google changes the Gmail interface? (Frankly, it’s annoying.) The cool factor is still there but it’s not as insistent.

Of course, many new things are on the horizon as far as real change. The Internet of Things is fast becoming a reality (a car that talks to you when it needs an oil change or a Siri-like presence inside your smartphone that is more predictive and helpful).

Still, I must admit that a part of me has been waiting for something new and shiny to drop from the skies during our Gap Year. Some boltning light of insight about what my work should look like in the next decade. Or how Sam and I will carve out a uniquely flexible, yet still productive, life. It hasn’t come to me yet.

I’m starting to feel more comfortable with that.

View all posts by Debbie Weil →
A fellow retiring physician: what are the odds?
The view from Mountain View: No going back