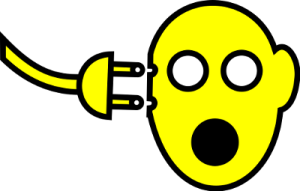 Writing those words makes me feel horribly spoiled: I am planning a digital detox while in Africa. You would be justified in asking why? To cleanse my Facebook-polluted brain? To “fit in” in a third-world environment where electricity and the Internet are not guaranteed? For convenience sake, because staying “connected” might be difficult?

The answer is all of the above.

When we first thought about this trip (we are going to Uganda and then on to Madagascar), we focused on how we would stay connected. Would there be wireless in the small hotels we’re staying in? Or any Internet access at all? What if we wanted to post to the gap year blog? Then it dawned on us that we could approach the adventure from the other direction.

What if we deliberately did NOT take our laptops and iPads? What if we traveled with only our iPhones, for emergencies, plus pen and paper? The idea of being “disconnected” is appealing. We’ll each have a Moleskin notebook (yes, I’m addicted) to keep a journal. We can post to the blog via the occasional computer at a hotel. And we’re taking our Kindles. 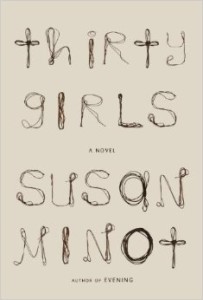 I’ve loaded up mine with dozens of books, including several with African themes: Americanah by Chimamanda  Ngozi Adichie and the just-released Thirty Girls by Susan Minot. Thirty Girls is set in Uganda and is the story of two women: an ex-pat journalist and a teenage survivor of the Lord’s Resistance Army.

I downloaded the Kindle version of William Boyd’s Brazzaville Beach, one of my favorite books ever, published in 1990. It’s the story of Hope Clearwater, a chimpanzee researcher in a fictitious setting that is most likely the Congo. If you have more Africa-related novels to recommend, please put them in the comments below. 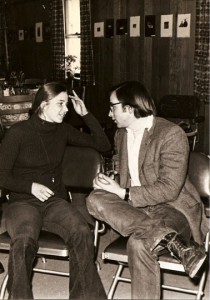 To say I’m excited about this trip is an understatement.  One of the reasons Africa is on our gap year bucket list is that we traveled there together 42 years ago. We were on a six-week safari with my family. Sam, my boyfriend at the time, came along as a guest. The experience was indelible and we vowed to go back; specifically, to volunteer.

So that’s what we’ll be doing in Uganda. We’re spending a week volunteering at a vocational school in Bududa, a village near Mount Elgon National Park in eastern Uganda. But first, we we’ll go on a six-day tour in the far west of Uganda to track mountain gorillas in Bwindi Impenetrable National Park and then visit the stunning Lake Bunyoni.

Because this island nation is vaguely nearby Uganda, situated as it is off the coast of southeast Africa in the Indian Ocean. They speak French. The island’s wildlife species, like the Galapagos, are entirely unique. And Sam wanted to go. More about Madagascar and 60 kinds of lemurs and the spiny forests later.

So here we are, almost half a century later, setting out for a remote and beautiful land. And planning to unplug so we can soak up the smells and sights and sounds in a way that you can’t when you’re tempted to Instagram every scene. That’s reason enough for a digital detox.

Wish us luck and stay tuned. We depart today for Entebbe.