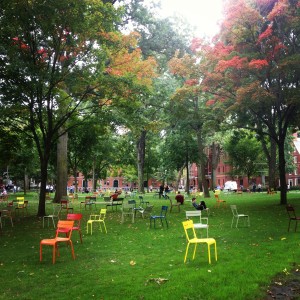 Well sports fans, it has been a long time since I have written. Practical issues have crowded out Gap Year observations. It is now the end of the fourth month and time to reassess.

Trying to organize remains the greatest challenge, both on a daily basis and in terms of blocks of Gap Year time and objectives.

For example, today I want to write (which I am doing); I need to call the New York State Department of Health to defuse an issue with my dormant medical license which they claim, in a certified letter, might rise to the level of “professional misconduct;” I have to check on my boats and their bilges; I want to set aside time for my French studies and maybe start searching for a tutor in Paris (our departure to Europe is six weeks away); and I have to drive an hour north for a late evening “Gun Safety Course” in preparation for my first deer hunting trip.

Gun safety, you ask? Yes, more on that later.

All this is to be squeezed around the usual mundane activities of cooking, cleaning, emailing, etc.

Inspiration from my college reunion

But the big news is the inspiration received from attending my college reunion for the Harvard Class of 1973. That would be the 40th for you non-math majors.

Photo above: the new Google-like chairs in Harvard yard.

The reunion lasted three days and three nights and consisted of multiple lectures, panel discussions, and social events. Attendees are (obviously) self-selected and that process led this class to be represented largely by socially liberal do-gooders (count me in that category) and do-better wannabes (me, again, as I search for a way to achieve health care reform).

It was a whirlwind of a weekend.

From cocktail parties to buffets to dinner dances to long walks with classmates, it has been the most successful reunion I can recall from a social perspective. Intellectually, it has also been very stimulating with panel discussions on age, democracy, economics, and the first ocean census. Cap this off with a wine tasting, networking, a football victory over an Ivy League rival and you have the stuff of many memories.

Highlights for me took several forms. I took great pleasure in recognizing a very distinguished classmate arrive in Harvard Square on the subway. Here was a man of massive intellect and significant accomplishments in both the public and private sectors who could probably have “flown private” and been delivered to his hotel by a limo; yet he chose to arrive anonymously by the MTA. That was very refreshing.

Another highlight was a presentation by Jesse Ausubel on the first, and only, Census of Marine Life. He described a massive global initiative by cooperating oceanographers from every continent of the globe to tally and categorize the contents of all oceans and seas. The initiative was clearly initiated, and largely driven, by purely intellectual motives.

The results were inspirational. Thousands of species were identified. A multitude of problems were identified and potential solutions instituted. A global baseline of diversity, distribution and abundance of sea life was documented. The photographic records compiled will serve to inspire generations to come.  Mr. Ausubel received a standing ovation. Based on his presentation I recommend “Oceans” from Amazon.fr. [Ed Note: we are looking for the right link to this DVD – Debbie]

The final highlight I will share publicly relates to the plans of a few classmates to develop a network within the class for brainstorming, crowdsourcing, initiating and promoting projects for “change” focused on women’s issues, the environment and healthcare. They are calling the initiative Creating Change Together. I think there are real possibilities for me to contribute to this project.

In a sense it was a crystallization of my appreciation that the attendees were generally accomplished, thoughtful and dedicated people who continue to want to achieve and contribute. The number of bombastic bloviators was minimal and bragging self-promotion was rare, despite the stunning accomplishments of so many classmates. Of course, panel discussions promotes this kind of behavior but even there it was subdued or discouraged with a humorous quip.

There was some speculation and self congratulation that the Class of 1973 was particularly motivated toward social activism having spent their high school years observing the societal clash of liberals versus conservatives surrounding issues of civil rights, the war in Vietnam and the rise of feminism.

The timing of this reunion and its resultant inspiration is problematic for this Gap Year gapper. I am still formulating all the things I want to consider doing before I actually commit to a long-term project. In other words I want to grow as a gapper before I commit to a new me. Of course, part of the new me might be to avoid future self-characterization and simply to gap on. [Ed note: a new noun, “gapper,” and a new phrase, “to gap on.” – Debbie]

Another problem I face in my effort to promote health care reform through this, or any other forum, is the lesson my father has regularly repeated about trying to “do good…” but not foreseeing the consequences. As Lord Melbourne advised a new young MP, “Try to do no good, then you won’t get into any scrapes.”

Doing good work in small incremental ways is the proper course. Trying to make monumentally profound changes for “Good” can lead to terrible problems (for example, the neocons’ goal of introducing democracy in Iraq). I will keep this in mind.