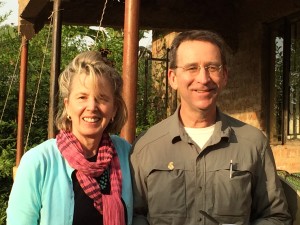 This is the Gap Year site for Debbie Weil and Sam Harrington (aka Samuel P. Harrington, M.D.). It’s where we are chronicling what it means to take a continuing gap year at age 69 – more than forty years after we were supposed to take time out before starting real life. Oh wait, we’ve had a real life. And we’re married. This is kind of meta. Photo taken on our volunteer trip to Bududa, Uganda in March 2014. 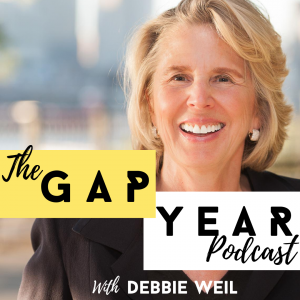 It’s about the collective gap year we are all living through right now during this strange, historic interlude of the pandemic. It’s aimed at those in midlife, and older, who are open to adventure, lifelong learning, and the challenge of reinvention at 60+. And who are trying to use this timeout to find meaning and purpose and to figure out what comes next.

Guests include well-known writers & authors like Seth Godin, Daphne Merkin, Guy Kawasaki, Kerry Hannon, Chip Conley, and Marc Freedman. As well as inspiring individuals like Debbie’s 90-year-old father, the 56-year-old manager of a small town on the coast of Maine, and a 67-year-old woman who decided to get comfortable with death.

So why is Debbie qualified to be the host? She and Sam  (also a recurring guest), took a gap year at age 61. After leaving a comfortable life in DC, they’ve been living a non-retired gap life ever since on an island off the coast of Maine. 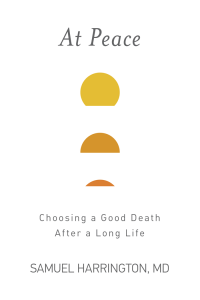 He trained in Internal Medicine and Gastroenterology at the Emory University Affiliated Hospitals between 1977 and 1982.

He  and Debbie are the parents of three grown children: a pediatrician/neonatologist; a lawyer who works for Google; and a Yale-trained general surgeon currently pursuing a critical care fellowship. They have four five six grandchildren, the youngest of whom, Minor Myers IV, was born on Feb. 4, 2017.  Josephine arrived on October 8, 2013.  Libby was born Sept. 30, 2014. Sam wrote about his two physician daughters here. 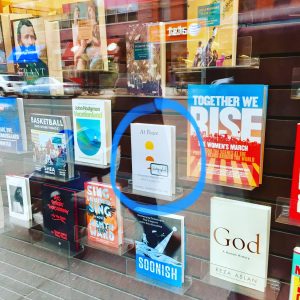 Learn more about Sam’s book about end-of-life decision-making for the elderly at samharrington.com. It’s available in bookstores and you can order it from all the online retailers. Here it’s in the front window of the Barnes & Noble on Court St. in Brooklyn. 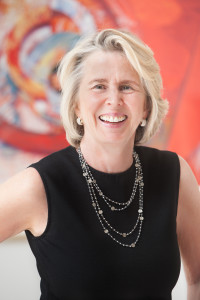 She was named one of the Most Influential Women in Technology by Fast Company and a DC Top 100 Tech Titan by The Washingtonian. She has been blogging for over a decade and is the author of one of the first and most definitive books about business blogging, The Corporate Blogging Book, published by Penguin Portfolio. The Updated Edition is available on Amazon Kindle.

She has written for: The Guardian [The Secret of Happiness: Delete All]; Huffington Post [Open Letter to BP: Three Tips on How to Use Social Media to Diffuse Your PR Crisis]; ClickZ Marketing News and numerous other publications, including Roll Call. She was a reporter for The Atlanta Constitution and the Jonesboro (GA) News Daily

She has been quoted on the topic of corporate blogging and corporate use of social media in: The New York Times [All the Internet’s a Stage: Why Don’t CEOs Use it?]; The Wall Street Journal [Blog It and They May Come]; Fortune; BusinessWeek; USA Today; the LA Times; The Washington Post; Investor’s Business Daily, the Miami Herald; SmartMoney and many other publications.

In addition to a B.A. from Harvard, she has an MBA from Georgetown University and a Masters in Journalism from the University of Wisconsin. 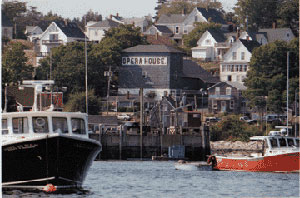 She and Sam now live in Stonington, Maine and also spend time in a small apartment in New Haven, CT, near four of their six grandchildren. Debbie is Past Chair of the board of Opera House Arts, whose 100-year-old historic Opera House is pictured here. She is also a mentor with Ready By 21 Mentoring.

Debbie created and directs Island Women Speak, an evening of women’s storytelling at the Stonington Opera House, showcasing personal stories performed by local women from each decade (20s to 90s) and modeled after The Moth (“True stories, told live”). The first event drew a packed house despite frigid temperatures and snow on a January night. The fourth iteration was in January 2020. Watch selected performances.

Listen to a podcast episode about Island Women Speak.