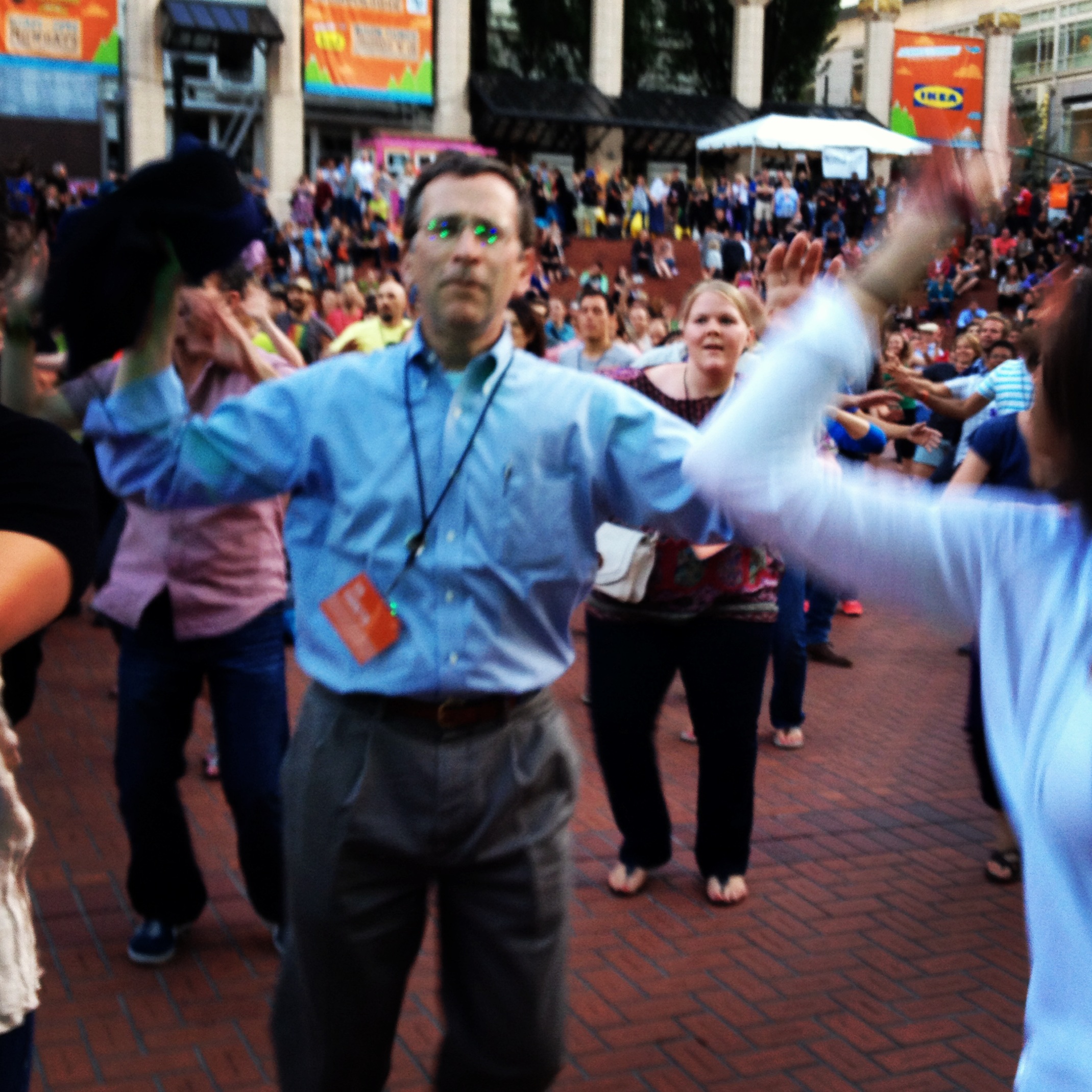 I tend to do what I’m told (for example, Bollywood dancing at the closing party) so when Chris Guillebeau advised World Domination Summit 2013 attendees to go to a breakout session on a topic that might be uncomfortable or new, I took his word.

I decided to go to the Improv Workshop with Portland legend Gary Hirsch, knowing that improvisation would be a stretch of my public persona skills. I was 15 to 20 minutes early. But not early enough to get a seat. Was I hoping to be shut out??

Dozens of people arrived later than I did. I floundered for a few minutes and then decided to try the pirate-themed, glow-in-the-dark, miniature golf course a few blocks away in downtown Portland, OR. Chris had mentioned it several times from the WDS main stage.

Naah. I went back to our hotel room to write this blog post. 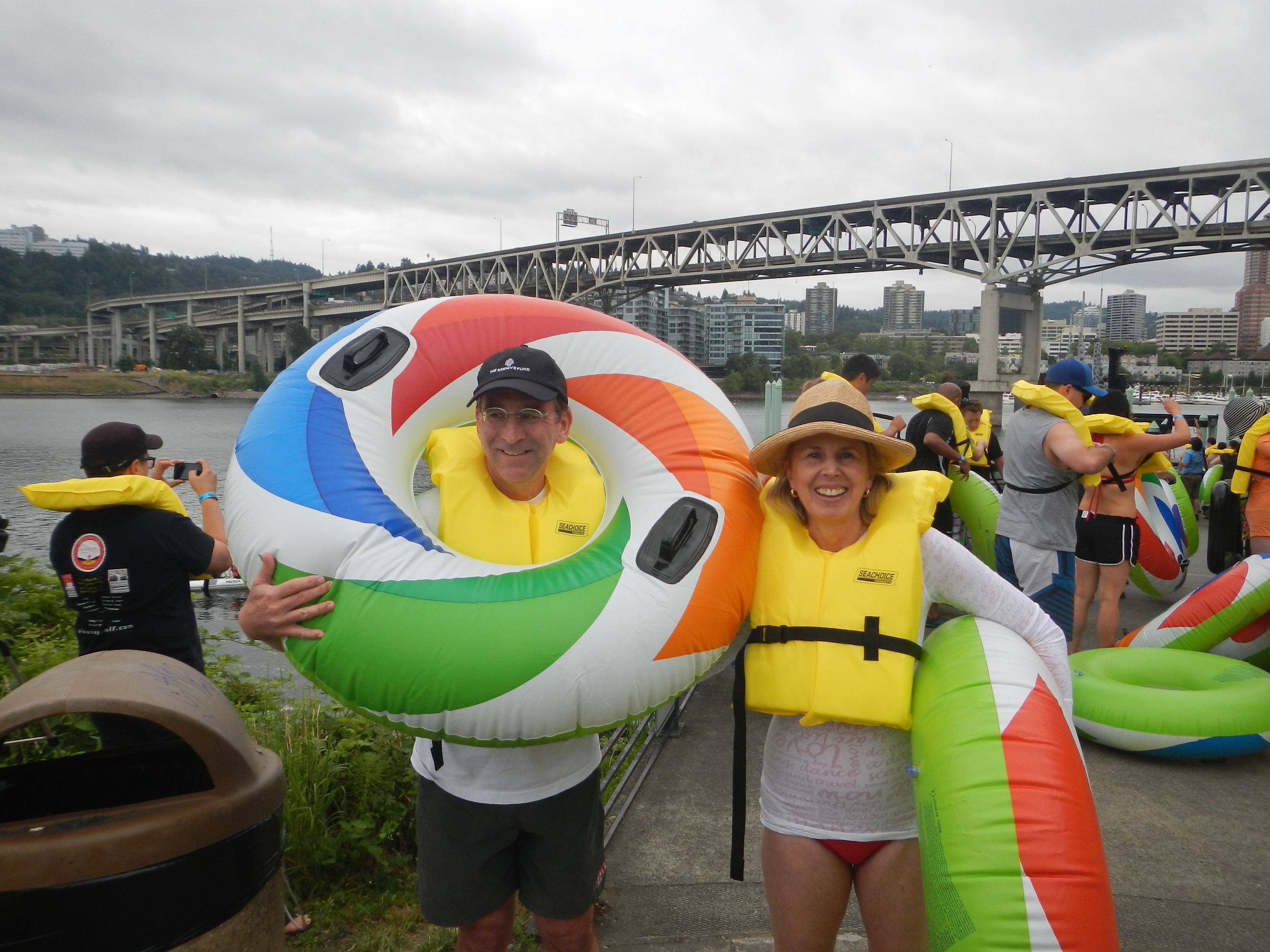 Although the guiding principle of WDS is how to lead a remarkable life in a conventional world, it is becoming clear that there are several sub-themes and several types of people here.

One theme is to find one’s true self and become more self-aware. This is frequently coupled with a desire to more comfortably express one’s self, particularly when speaking in public before a large crowd.

Because this is one of my great stressors I had hoped to start at the improvisational level. I am no good at improvisation because I always want to have the mot juste pass my lips. That means a mental block unless, of course, I have had just the right amount of beer.

So there was to be no progress in public speaking skills at #WDS2013.

In the photo above, we are participating in the river float on the Willamette to break a Guinness Book of World Record for longest floating human chain. Yes, we did it.

Another theme coupled with finding one’s true calling is the sabbatical or gap year theme.  One speaker said that 70% of people want to change careers and a gap year appeals to most of them if they can swing it. 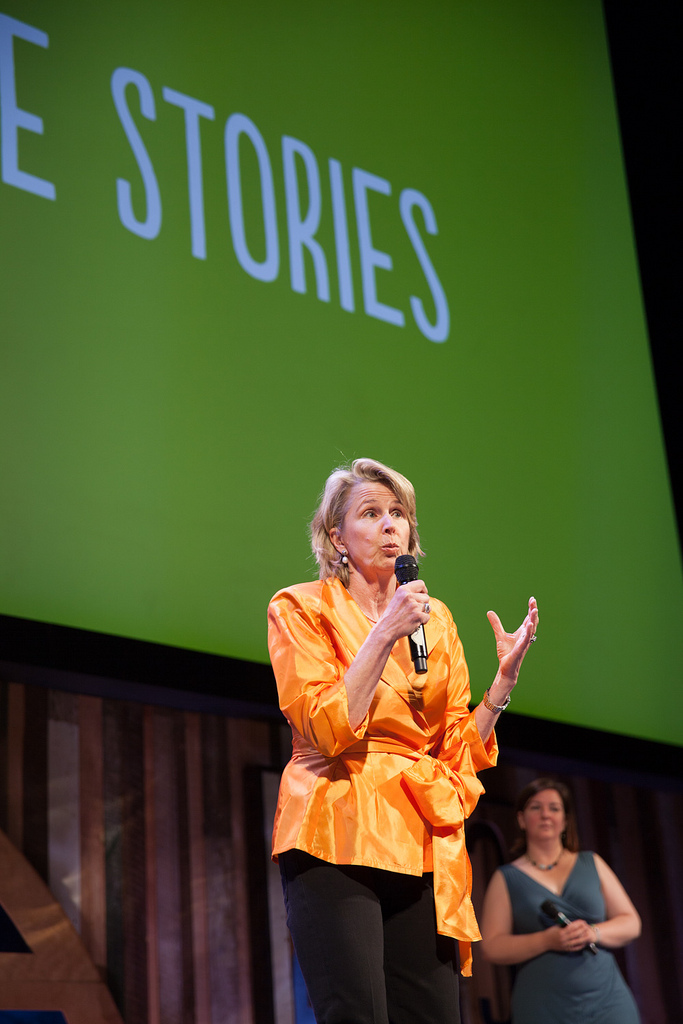 I suspect that’s why Debbie was chosen as an Attendee Story Teller: our story of my leaving a successful medical practice after 31 years and us moving from a big city to a small town resonated with many attendees. (Debbie is also an experienced speaker and has an online persona, which I do not.)

More importantly for me, even if I do not improve my public speaking skills at this event, is that I have learned that I must write about my anger and disgust with the way the private practice of medicine evolved during my career.

WDS has shown me that I have to purge myself of this even at the risk of alienating readers.

Well, as I find my WDS voice and as I try to transform myself, a bit, I need to clarify what contributed to my need for personal change.

So, gentle reader, prepare yourself for some angry perspectives on medical care.

The speakers all come with a variety of skills, with the exception of one devoted and compelling attendee who could not keep it together on stage, and all had good presence.

But they do not all have the ability to move the audience.  Two of the first eight speakers were so genuine that they brought the audience to their feet. The others, in my opinion, were too polished or too self-absorbed to truly move the group.

Tess Vigeland, the former host of NPR’s Marketplace Money, was one of the genuine speakers who described leaving her job without a plan or established safety net. Her situation is perhaps the most comparable to mine in terms of the level of career “sacrificed.”

Tess clearly wanted to return to broadcast journalism and described for us the heartbreak of losing, very narrowly, the tryout to be the next anchor of Weekend Edition of NPR’s All Things Considered.

I am more comfortable knowing that I will never practice medicine again than she is considering she might not broadcast from a national stage again.

Why am I comfortable giving up the tiny celebrity of the successful physician?  Is it because I am most comfortable as an introvert? If so, why am I seeking a more public persona by starting a blog on medical excess and self-rejuvenation?

View all posts by Sam Harrington →
From the desk of Dr. Harrington: “The bubble over my head”
Tapping into the hunger for change at World Domination Summit 2013

8 Responses to Finding my voice at World Domination Summit 2013