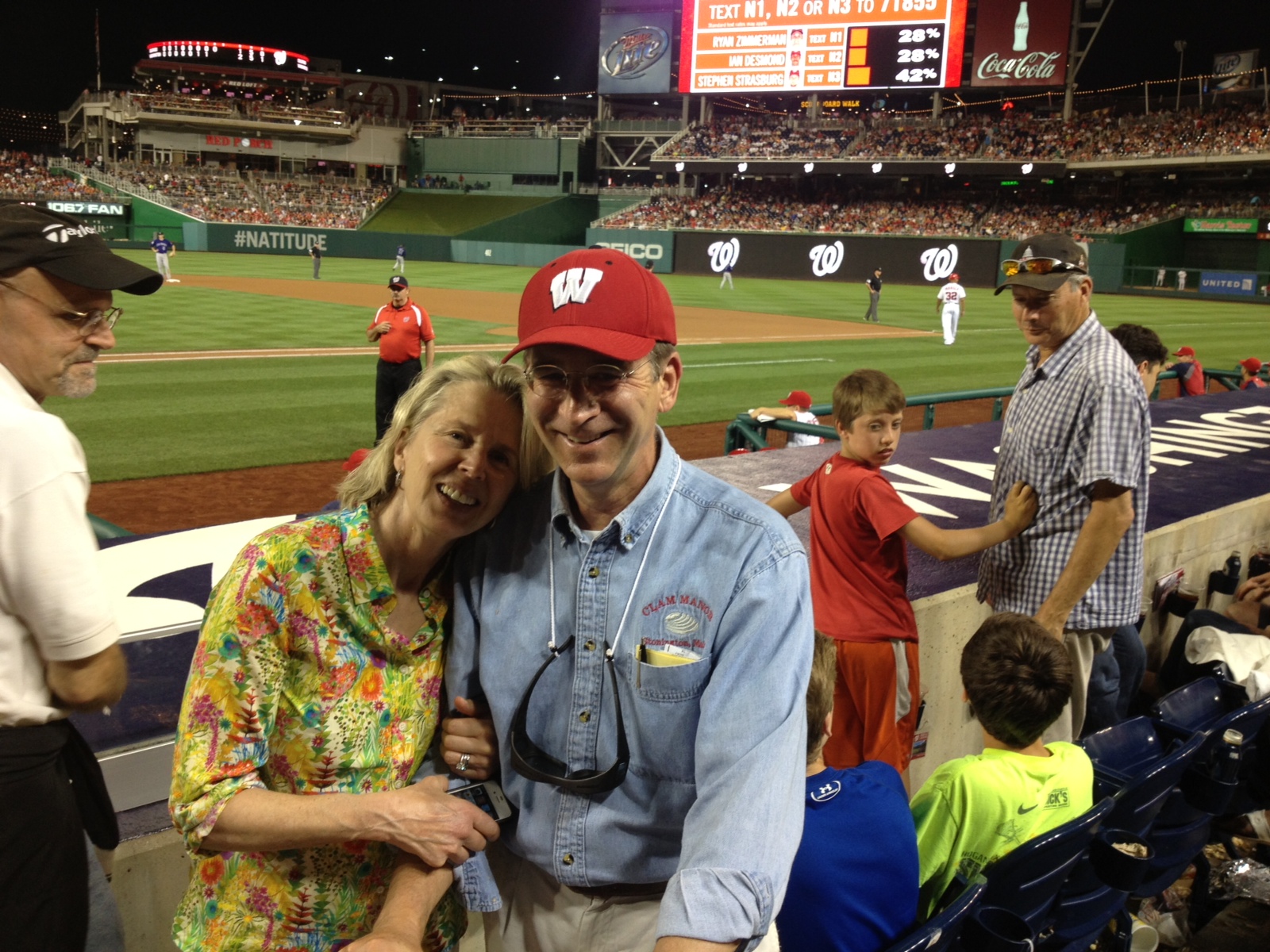 I went to my first Nats game this week. I had never been to a game in DC’s gleaming new stadium. It was a perfect night for baseball. Warm but not humid. Not a cloud in the sky. And on June 21, 2013, the longest day of the year.

Our seats were spectacular (thank you Jerry), 12 rows up from the sparkling green field, near home base plate [oops]. The Nats’ dugout was below us so we could see the players coming and going.

It was a good game, I was told. The Nats beat the Rockies 2 − 1 with solid pitching, hitting and fielding by both teams. The game ended at the top of the ninth so it wasn’t too long either. But it was the concept of a Perfect Game that captured my imagination.

The friend who procured our remarkable seats took us up to the press level where we were able to study the Shirley Povich memorabilia. 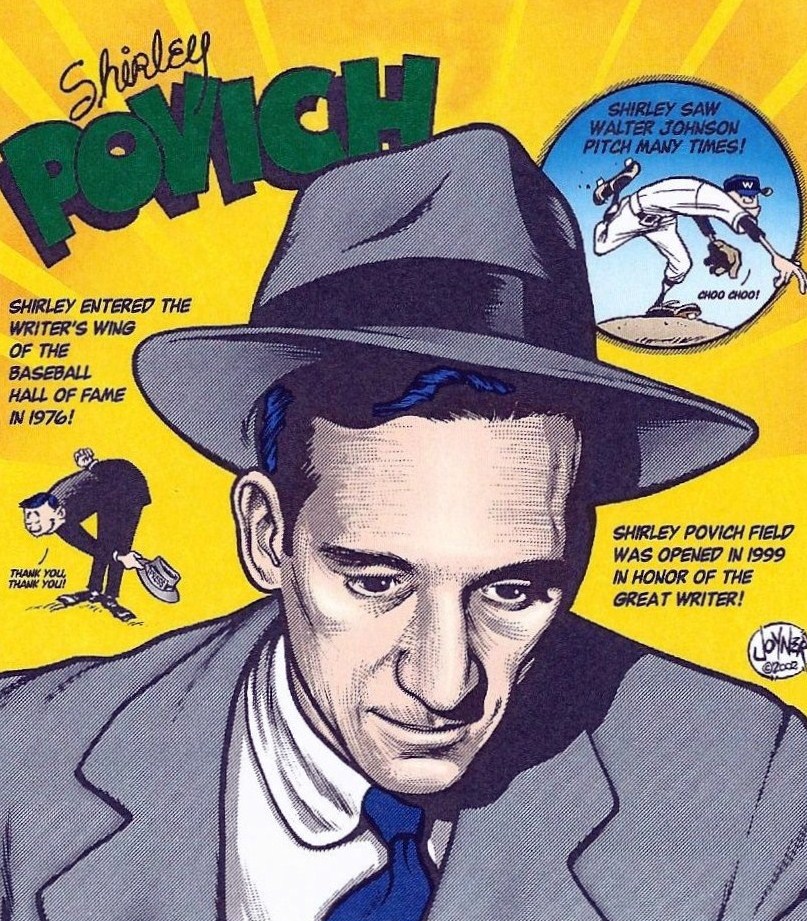 I confess I am a complete sports idiot. I don’t read the sports pages. I don’t pay any attention to DC’s sports teams. And I don’t have a favorite childhood team, although I remember talk about the Brooklyn Dodgers when I was very young (I grew up outside New York City).

I had heard of Washington Post sportswriting legend Shirley Povich. But I didn’t know much about him and I hadn’t read his columns.

We were allowed into the hallway next to the elevators where there were several framed displays, including a copy of Povich’s column about the legendary 1956 World Series game pitched by Don Larsen: the Perfect Game where there were no hits and no runs.

Why is it a Perfect Game if nothing happens?

At first I was puzzled. Why was the game “perfect” if nothing happened? I had never wrapped my mind around the concept of a perfect game. The crack of the bat followed by the dash around the bases is what I think of when I think of a baseball game.

Why so much emphasis on the pitcher? And could there be a “perfect game” by both teams? Well, no, it was explained to me: somebody has to score a run in order for the game to end.

The “perfect game” reverberated in my head as we drove home, negotiating DC’s freeways on the southwest side of town and catching a glimpse of the monuments lit up and so familiar.

The connection to our Gap Year

It seemed related to our gap year somehow. But I couldn’t quite capture it.

Slowly the idea unfolded: a “perfect game” meant no errors, no mistakes, no fumbled balls because there are no hits. It is so unlikely and so unusual.

And then it hit me. It’s the not knowing. It’s the accumulated suspense of watching a “perfect game” unfold that is almost unbearable for fans and players alike. It’s the uncertainty playing out in front of you, pitch by pitch.

And that’s what Sam and I are doing this year. Step by step, if not pitch by pitch, we’re making up something in real time.  It is uncertain. It will be unusual. And it is once in a lifetime.

Thank you Shirley Povich for introducing me to this concept. And for your lovely columns, which I sincerely regret I didn’t appreciate all those years when I lived in DC and you were writing for the Post.

In the photo above, what does the “W” on Sam’s cap stand for??

View all posts by Debbie Weil →

Enough touchy-feely; let’s get to my peeves about resistance to government intervention
For now, you can call me Plain Mr. Harrington (S.)