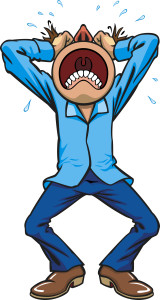 Critics from the right pointed to this as evidence of government ineptitude and predicted further problems with signing up the masses for Obamacare. Defenders from the left claimed that unexpectedly high login rates are evidence of the need for broader health care coverage.

There is a Gap Year irony here, as I have just completed the purchase of individual policies for Debbie and myself.

I ask, good reader, if you have recently tried to purchase health insurance from any private, for-profit, commercial U.S. insurance company where decades of healthy profits and competition should have streamlined the purchase process to make it understandable, quick, appealing and affordable. Well, I have and I can tell you it was none of those things.

I might not be writing this now except that I learned some neighbors of ours, also transplants from DC to Maine, have had a similar experience. They are more worldly and learned than we are. If they had problems, you can bet that you will too.

Having left private practice last June where insurance was supplied by my employer (in this case by the small professional corporation consisting of my partner and myself), I was left to fend for myself. I arranged to COBRA for two to three months while I applied for a policy with BCBS.

After an extensive online application, with no guarantee that a policy could be in place by the three-month COBRA limit, we waited precious weeks for approval. I had assumed that because we were longtime “customers” of BCBS we would receive some kind of preferential treatment. Good customer service as a reward for loyalty, perhaps.

After all, they did have a record of all our years of payments through our corporation and our relatively paltry requests for reimbursement. We had been blessedly healthy for decades.

Curiously, I was approved for an individual policy and Debbie was denied, largely because she had undergone, in the dim past, one elective varicose vein treatment. I was advised that I could appeal the decision but to guarantee some coverage I should also apply for a second policy through the Open Access program for DC residents.

This program is for people with pre-existing conditions. No one is denied coverage but the benefits are restricted and the premiums usurious. Clearly the people who need care most find it hardest to get.

For reasons I have forgotten, the Open Access program is done largely on paper and the other programs are done largely online. For other forgotten reasons, every application is finalized by paper work and an original signature before ultimate approval.

Now put yourself in my shoes. At one point I had four active policies. First there was my own policy, accepted but subject to the receipt of my signed agreement. There was Debbie’s appeal pending. Then there was the need to wed her appeal policy to my policy. Finally there was the Open Access fallback policy, again relying on snail mail to deliver the policy and all subsequent signatures.

To add to the hellish frustration of the process, when making a call within a given silo, I would be randomly advised “I (the rep) cannot help you without your wife’s written approval; it would be a HIPPA violation for me to do that.”

After starting the process in May, and after countless forms and phone calls, I did acquire insurance coverage for the two of us. Debbie won her appeal. Translation: we get to pay more for her coverage. In fact, Debbie has two policies. The one conjoined with mine is paid for. The Open Access policy is not funded and I keep getting notices that coverage will be dropped if I do not pay.

The BCBS reps reassure me that this is “okay.” The policy will cease to exist. Unfortunately, it lives on in their computer world and I worry about my credit rating.

“Did we resolve your issue?”

I will admit the BCBS reps were generally pleasant. Each call ended with the question, “Did I resolve your issue, today”? Well, sort of. Partially. Within the framework of your silo. I was then left to wait for the final approval letter, always preceded by a warning or threatening epistle that time was running short and if not brought to a conclusion I would have to start over.

Which brings me to my point. If this is the best these commercial enterprises can do after decades of honing their products and processes, then market force proponents have a lot to wake up to.

View all posts by Sam Harrington →
Carpe Diem: Remembering the Genesis of Our Gap Year
The Case for Medicare For All

5 Responses to Tearing Your Hair Out to Buy Medical Insurance