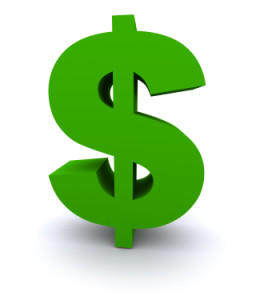 One of the interesting perks of joining the Board of Trustees of a hospital is the ability to view the inner workings of the institution and to learn a few secrets. Knowledge of the good, the bad and the ugly adds a stimulating dimension to board work.

During my decade as a board member, one of my most formative revelations was the exponential increase in executive pay over the past 15 years. I remember the first time I sat in an Executive Session and reviewed the parameters for granting and then the final amount to be awarded the CEO of my small community hospital. I was the only physician who knew the exact process and the exact salary and benefits. It was 2003.

I remember saying to myself, “Wow, I am doing OK!” In terms of salary alone, I was making 150 to 200 percent of this individual’s salary, depending on whether my practice was having a good year or not. He received a reasonable benefits package (insurance coverage, country club perks, pension contribution, etc.) which, as a solo practitioner, I did not receive but which I was able to grant myself out of my corporate income. On the whole, I was probably a bit ahead in total compensation.

Ten years later, after a merger with a larger health care system and prior to his retirement, I sat in again on the review of his compensation package. His salary was now 400 percent of my salary and his benefits package was similarly inflated. He was also negotiating a generous retirement package.

Did my care of patients decrease 400 percent in quality?

My friend, the local CEO, was now one of several CEOs in a larger hospital system and I can only imagine what the upper echelon of CEOs were being paid. It is worth reviewing Steven Brill’s March 2013 article in Time magazine – Bitter Pill: Why Medical Bills Are Killing Us. [To read the full report, download a possibly illegal PDF here.]

Of course, the CEO pay scale is carefully determined. The Board sets out annual goals for the CEO and a series of metrics for measuring success. Then consultants are brought in to instruct the Board in salary and compensation packages for comparable hospitals or systems. After viewing the metrics and analyzing comparables a decision is reached.

The process is not arbitrary; yet it appears out of control.

Why do these CEOS deserve this degree of compensation? Certainly any improvement in quality has been incremental and not exponential. In my opinion, there have been no breakthroughs to justify this. The only rationale I can see is the argument that the top administrators are managing more complicated systems without actually losing ground in patient care.

A more important argument to be made is that these generous salaries are excessive because not enough progress is being made at the national level. As the health care of the nation is divided up between fewer large systems that are working to increase their geographical reach as well as number of participants and to win competitive advantage, the interests of the nation are not being advanced. That is, if we measure advancement as increased life expectancy from age 60 (a more meaningful metric), lowered infant mortality or avoidable mortality. Cf my article on the number and cost of Proton Beam Radiation Therapy facilities.

The top administrators do not answer to a higher authority but to their own “non-profit” interests. They may have to show their Boards that their patient safety metrics are improving. This means, most likely, an improvement from 94 to 95 percent. But they do not have to demonstrate to a higher authority that the national metrics are improving. Finally, I have not heard a single administrator invoke their personal moral code to stop this death spiral.

There needs to be some public accountability to continue the justification for these lavish salaries. Health care executives are looting the system.

View all posts by Sam Harrington →
An Example of Excess: Proton Beam Radiation Therapy
A Midwinter Down… and an Upcoming Adventure

2 Responses to Why Are Medical Executives Paid So Much?